Nagymaros: Come for the Barge But Stay for the Croissants 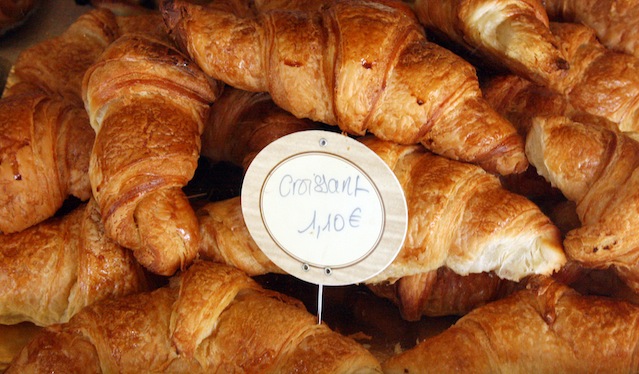 It all started when we missed the barge that was to take us across the Danube River to Nagymaros, a quaint town located about 45 minutes by train from Budapest known for its 13th century Transylvanian castle situated stately atop a hill. Crossing the river does not take long, however the barge only crosses once an hour, so we had time to kill.

Heading back up the main street, it was the delicious buttery smell that first caught our attention. Drawn in like lemmings to a cliff, we went to investigate needing to know where this mouthwatering scent emanated. Being a tiny town, this didn’t take long.

We came to what appeared at first glance to be another ordinary local (unfriendly) cafe. How wrong we were.

Kis Francia roughly translated means “˜small France’, and if you closed your eyes and forgot you were standing on the banks of the Danube you could definitely believe that this little gem of a cafe was in France.

For a teeny place that offered outdoor seating with complimentary blankets (it’s too small for seats inside) it wasn’t just the croissants that lured us, which happened to come to us still warm from the oven, flakey and buttery like the best of their cousins sampled in France, but there was also a variety of cheese Danishes for the savory inclined as well as the loveliest sweet and tart fruit versions, and of course the pan au chocolate.

I can safely say it was one of the most delicious croissants I have ever tasted and there have been a few. The espresso was also good — a nice complement to the pastries.

So while I don’t suggest you miss the barge across the river next time you’re heading to Visegrad, I would, however, gently encourage anyone to leave enough time to make a stop at this most unordinary café .

The Power of Solo Travel 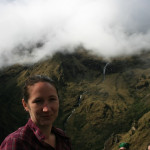 Marisa Adams is a digital marketing manager that works with large corporations on a contract basis, which some might say is boring but she enjoys the challenge and it certainly pays the bills. When not working, Marisa is traveling with her partner in crime of the last 12 years. A vegetarian foodie — a description that some don’t believe can exist — her travel adventures are usually full of tracking down delights near and far. It’s not uncommon that she spends the better part of the day looking for that tiny café, coffee shop and bakery just to taste the wares.

Marisa is not a writer, but she loves to email and send postcards of places she has visited to family and friends. She always relies on sites like The Culture-ist to guide her adventures and encourage her to give back to the community.