By 2050, the UN predicts that  70 percent of the world’s population will live in urban areas. An almost inconceivable statistic being that many of the world’s most populated cities appear to be crumbling at the seams from the chaos, poverty and pollution.

Award-winning photographer Martin Roemer found the global urban sprawls to be a fascinating subject for his lastest project “Metropolis.” 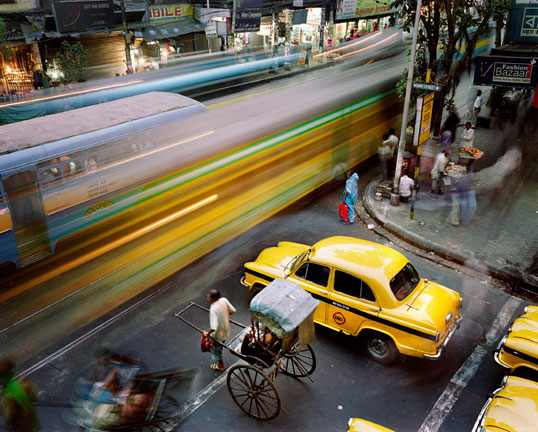 “India alone has 48 cities with a population of over one million. The writer Suketu Mehta has described Mumbai – where one can find a million people in a single square mile, where two million residents lack access to latrines, and where the air has ten times the maximum permissible levels of lead – as the ‘Maximum City,'” wrote Roemers in a piece he did for Panos Pictures. The Metropolis project is a work in progress; Roemers plans to visit cities in the Americas, Africa, Asia and Europe over the next two years shooting most of the photos with a long exposure time to capture the movement and vitality of each city . 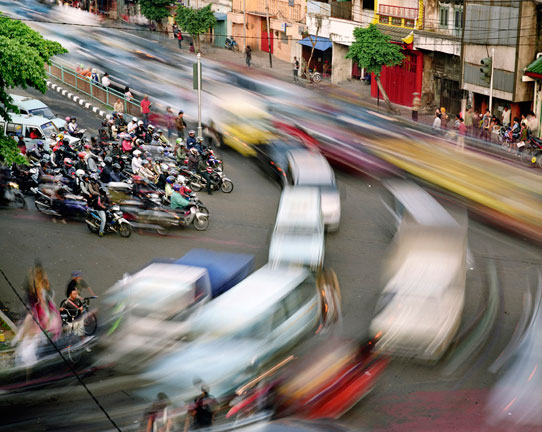 “I am taking photographs of crowded places where you notice not only the city’s dynamic character but also the individual making his way in the big city. Specifically, I’m looking at the small stories of the street vendor, the commuter, the passer-by, the market stallholder and other pedestrians who populate the street or are a part of the traffic. I present this by photographing busy locations from above,” Roemers wrote in his article for the New York Times back in May. 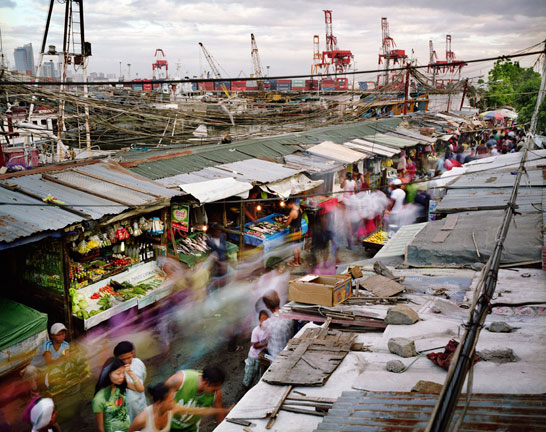 The Metropolis project reveals the sobering reality of urban growth, yet amidst the chaos, clutter and confusion, Roemers’ photographs highlight the energy and vibrance that lives among the millions of people struggling to survive in these urban jungles.