Is the Urban Beehive a Sign of Eco-Living to Come? 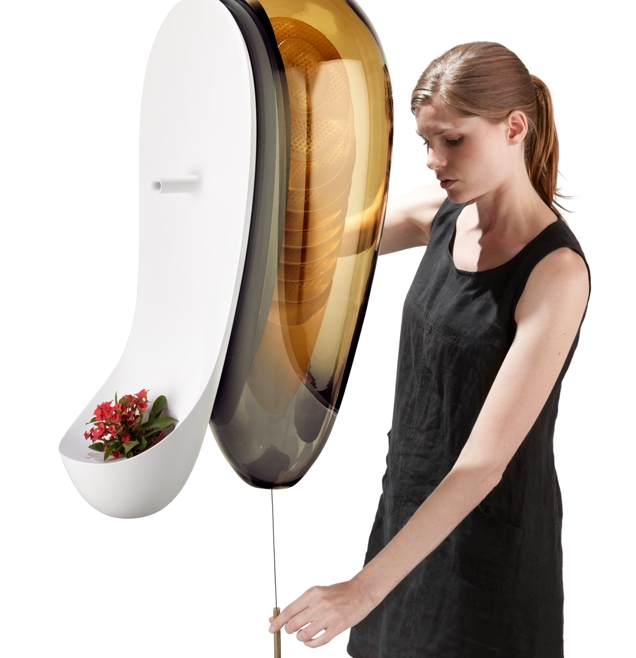 Change is coming, and if the Philips Microbial Home Probe project is any sign of what’s in store for the future of home design and functionality, then things are looking a bit greener. During Dutch Design Week, the company debuted a blueprint for what its calling a “domestic ecosystem,” or a home that challenges conventional design solutions to energy, cleaning, food preservation, lighting and human waste.”

The Microbial Home Probe project consists of a bio-digester island, a larder, an urban beehive, a bio-light, an apothecary, a filtering squatting toilet, and a Paternoster plastic waste up-cycler. If these inventions sound outlandish then implementation probably seems even more far-fetched. The “domestic ecosystem” is a brilliant idea, but how long will it take to assimilate into older homes, and what will be the cost of building something so complex and elaborate? At this point, it almost seems like just another design upgrade for the wealthiest one percent.

One aspect of the Microbial Home Probe project that doesn’t seem too unattainable or expensive is the urban beehive. The concept of urban beekeeping is not a new one, but the model presented in this project allows for beekeeping within the home.  According to Philips, the urban beehive:

consists of two parts: (an) entry passage and flower pot outside, and (a) glass vessel containing an array of honeycomb frames, inside. The glass shell filters light to let through the orange wavelength which bees use for sight. The frames are provided with a honeycomb texture for bees to build their wax cells on. Smoke can be released into the hive to calm the bees before it is opened, in keeping with established practice.

Philips believes that the urban beehive would increase a dwindling bee population in urban areas, and as a result, cities would benefit from pollination and humans would reap the nutritional perks of  fresh, raw honey that can easily be extracted with the quick tug of a string.

It’s an innovative idea and one that probably should encompass “suburban” beehives as well (bee populations are seriously declining almost everywhere). Of course, the model is made to sound super simplistic, when in reality beekeeping requires certain skills and training. For now, the Microbial Home Probe Project is indeed a design of the future, but maybe we can grab a head-start with the urban beehive and look forward to the sustainable possibilities of eco-living to come.