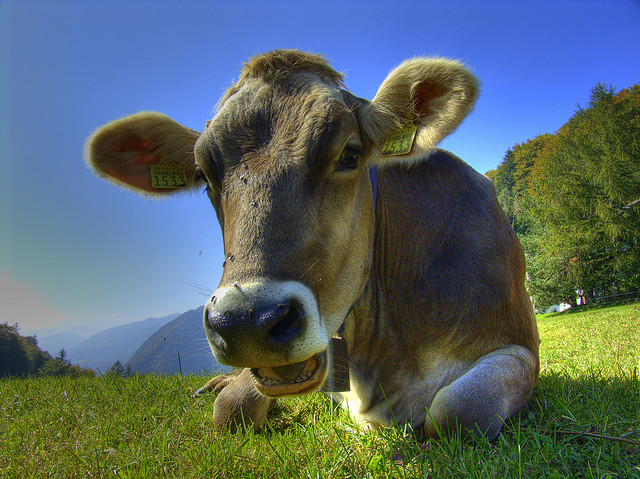 If there’s one  thing we’ve learned from Steve Jobs, it’s that with a little innovation and perseverance the world can surely be changed. Here at Culture-ist, we believe that a revolution is stirring and it’s gonna be good. The many negative factors that are affecting our culture are causing people to become thoroughly fed up. Recessions, climate change, inequality and the digital divide have ignited a movement towards a ‘sh*t or get off the pot’ business model: people are saying ‘screw you’ to corporate America and are creating their own brands by using their skills and talents to build a better world and a better future for themselves and society as a whole.

And speaking of sh*t, we happened to stumble on a website belonging to a group of dairy farmers in Vermont who decided to take matters (or should we say “manure”) into their own hands by figuring out a way to use cow waste as a source of energy. And they did just that. Cow Power Farms came up with a brilliant method of extracting methane gas from farm waste (one cow produces approximately 30 gallons of manure per day — that’s a whole lot of energy). Here’s how it works: The waste is stored at 100 degrees in an anaerobic digester, and over 21 days, the festering bacteria causes an enormous amount of gas to build up in the concrete vessel, which then delivers the biogas to a modified natural gas engine. The biogas is then transferred to a generator via the natural gas engine and is then converted to electricity for Central Vermont Power Service customers.

Other than gas, the manure is also converted into liquid and solid products. The solids are used by farmers for bedding and for composting. The virtually odorless liquids are used as a safe fertilizer, and any excess can be stored for future use. So this eco-process creates a circle of giving and receiving that is a win-win for Mother Nature and for the farmers.

Currently, CVPS customers contribute four cents extra for each kilowatt-hour of Cow Power energy. That extra contribution adds up to almost $500,000 a year for the whole program, in addition to the $2 million each farm invested in equipment (GOOD, October, 2011). At this point, that will not be enough to sustain the program long-term without the help of government subsidies, or other grant programs.

But, we continue to look forward and hope that more programs like Cow Power will pop up; fueling more efficient waste-to-energy projects that will empower business owners while doing some good for the rest of us. So for the time being we just need to keep on shoveling.