Incentivized or Goodwill? Why the Japanese Returned $78 Million in Cash after the Earthquake 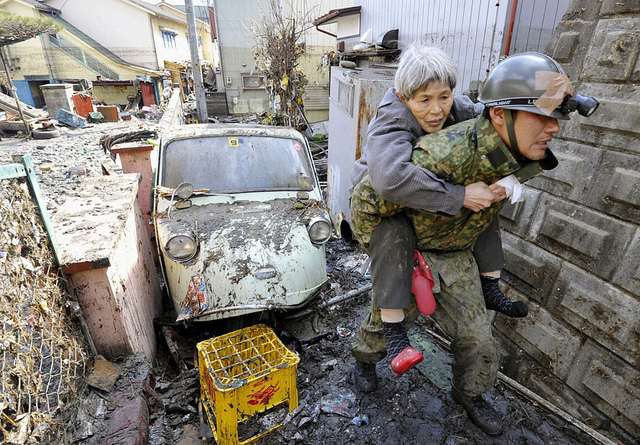 It’s unfortunate, but after natural disasters strike one of the major concerns is the probability of looting.  Here in the United States, we saw crime spike in New Orleans when Katrina finished pummeling the city. There was a true sense of fear among people who believed that their homes and personal belongings would be subject to some gang member’s or random hooligan’s lust for stealing.

It seems that’s why so much attention has been drawn to the incredible acts of goodwill by the Japanese in the wake of a 9.0 magnitude earthquake that struck their homeland back in March. Approximately $48 million in cash from lost wallets have been returned along with another $30 million from safes washed astray by the storm.

So are the Japanese a more civilized people, full of morality, patience and altruism?  It’s possible, but there could be another explanation for this impressive “for the good of the whole” vs. “me, me, me” mentality that seems to be greatly instilled in Japanese society.

According to articles on GOOD and Slate, the Japanese government created a system of laws which reward citizens for returning lost items. It works like so: If a person were to find a gold necklace on the street and return it to the local police station, the good samaritan would receive a finder’s fee of five to 20 percent of its value if the owner comes to retrieve the necklace. If the owner does not pick up the necklace within six months, the finder gets to keep it.  This system of incentives is learned early on by most Japanese. If a child finds a lost item on the street, he or she is brought by a guardian to the police station for a lesson on the rewards system. The police officer and child have a serious conversation that is hoped to remain with the child throughout his or her life.

Whether you believe that it was altruism or incentives, or a little bit of both, it’s hard to deny that most societies can learn much from the Japanese and their heroic selflessness during one of the worst natural disasters of our time. Their behavior proves that with a little discipline, self-restraint and a well-intentioned heart, humans can overcome almost anything when they come together for the good of the whole.

Giveaway: #ShowYourSelfie and Support Youth Rights Around the World