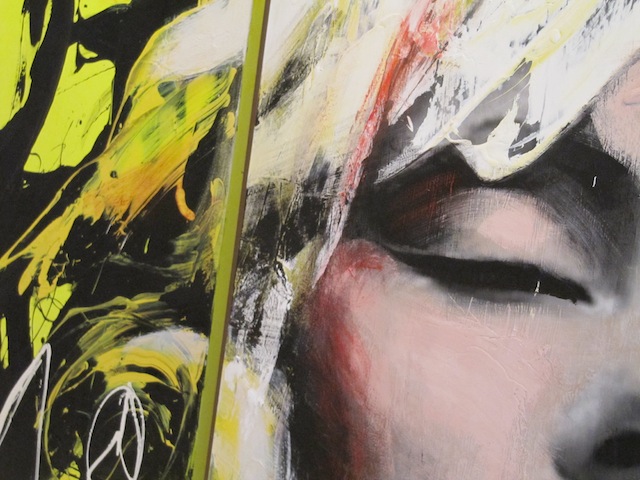 The Artist Corno and Her SoHo Studio

Corno became one of Canada’s most well-respected artists during the late 1980’s, after being featured in the Quebec Pavilion at Expo 86 in Vancouver. She later moved to New York City, participating in many group shows, which eventually gave her the exposure needed to attract the massive following she has today. Corno’s works are now represented, worldwide, by the Opera Gallery in NYC, and she is currently the gallery’s best-selling artist.

I had the opportunity to visit Corno’s SoHo studio and was overwhelmed by the the effortless moment and vivid hues of her portrait paintings. The airy space was filled with paint-splattered buckets, worn brushes and the electric colors and moving contours of her brilliant artwork.

After chatting with Corno for a while, it was evident that her dedication to the living element of art, and to conveying the edgy sensuality of the subjects in her paintings, are what separates her, from other artists, as a creative genius.