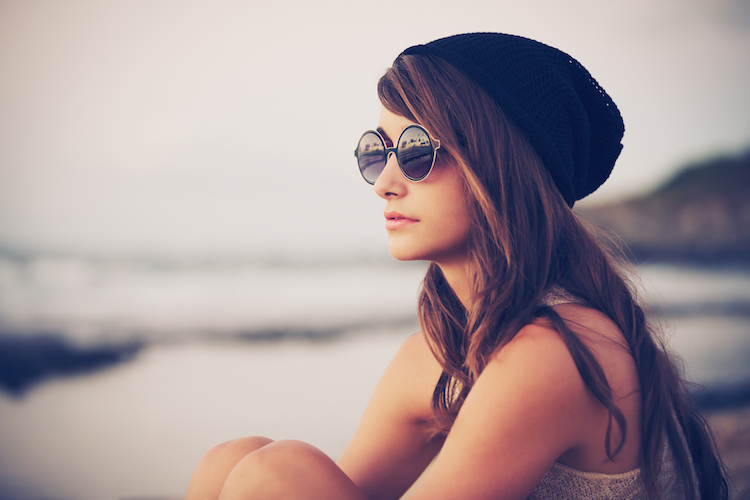 Generation Rent: Why Many Millennials are Choosing a Nomadic Lifestyle 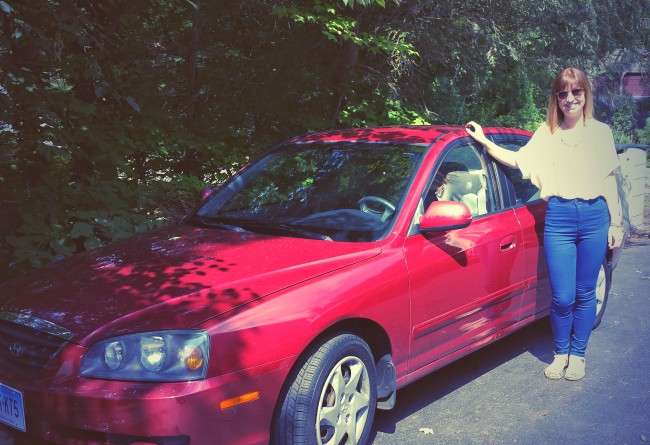 Over the pond, they’re calling us “generation rent”.

That nickname hasn’t stuck in the states, but it’s clear that Millennials both here and abroad are not purchasing houses in the same fashion our parents once did. I remember my mom telling me shortly after college that I should buy a house as soon as I could afford to do so.

“Renting is basically throwing your money away,” she told a twenty-one-year-old me as I prepared to sign my very first lease — $600 for one of two-bedrooms in a North Side, Chicago brownstone.

Today, I’m twenty-seven, and I’m still paying rent — $1,450 now covers my portion of a three-bedroom, second floor apartment in Brooklyn, New York. When I was working full-time, I was dumping more than two weeks of my salary into each monthly check. Although I cringed with every swooping scrawl of my signature, the thought of owning a house and committing myself to one place for an unfathomable period of time was even more unsettling than a bounced payment.

Six months before my Brooklyn lease ended, I decided not to renew. Instead, I would pack my belongings into a car and drive around the United States in search of a new place to sign a lease and live for a period of time — who knows for how long exactly, but I won’t have to worry about the housing market if and when I decide to keep moving. 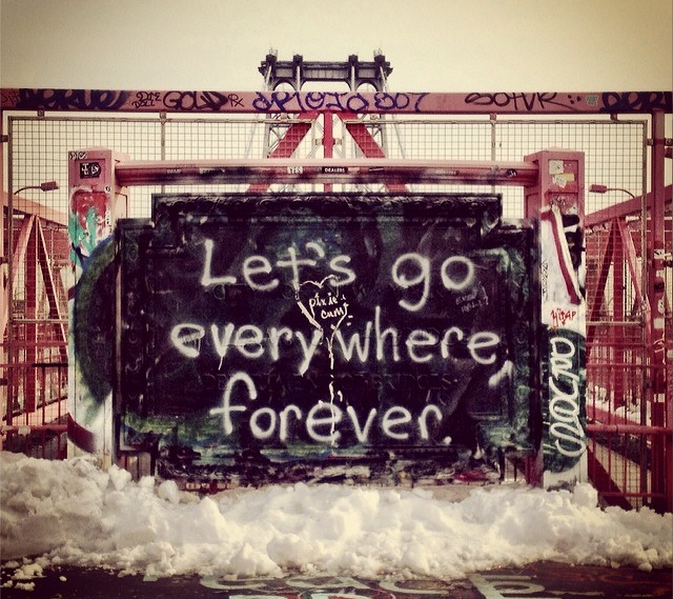 You see, I’m addicted to the freedom of renting over buying, as are many of my friends and peers. Even those who are making enough to purchase a home are often opting to rent instead. We’ve seen the demise of the housing market, we’ve experienced the pain of digging our way out of debt, and we know the freedom of location-independence is available if we’re interested.

With fewer jobs available, we’ve gotten creative with our careers. More of us are freelancing, consulting, running our own businesses, and working from coffee shops rather than cubicles. And with this shift in employment patterns, comes an intoxicating freedom to live where we choose. It’s a freedom that many of us are taking hold of, despite our parents hopes that we’ll eventually “settle down”.

I’ve seen this nomadic lifestyle choice while backpacking places like Southeast Asia and South America. Europeans and Australians are still traveling long-term more than Americans –with gap-years playing a more prominent and socially acceptable role in recent graduate plans — but my time on the road showed me that more and more stateside Millennials are traveling and living abroad as well. We’re bartending at hostels in Laos, and working at newspapers in Colombia. We’re starting businesses from Peru, and country hopping with passive income. We’re moving to Amsterdam and getting ourselves affordable health insurance, with no plans to return.

Take Steve for example — a New York City native who once worked a suit-and-tie job for JP Morgan. I met Steve at a hostel in Santa Marta, Colombia. We were both working away on our laptops by the pool and got to chatting about blogging and making money from the road. Steve had quit his job and sold all his possessions back in 2010, and had been traveling ever since. Here I was thinking five months on the road was impressive, and he had been going for over twenty-four!

Steve and I were on the same general route, and ran into each other a couple more times before I returned to the states and he kept going. Since then, he’s settled in Amsterdam where he’s working full time in IT again. I recently asked Steve if he’ll ever be returning to live in the states and he told me he honestly doesn’t know. And he seems perfectly content with that indecision.

According to a report by Boston Consulting Group, Millennials are traveling despite our collective $322 billion in student debt. In 2010, our travel spending rose 10%, and we’re the fastest growing age segment in travel spending. But this money isn’t just going towards vacation.

Many of us are building lifestyles around location independence. We’re becoming nomadic.

After extensively interviewing over 60 millennials, Mic contributor James Wolfensbirger notes that our generation is, “quick to openly imagine themselves living and working in not just different parts of the country throughout phases of their lives, but in other nations as well.” Every Millennial Wolfensbirger surveyed answered “yes” when asked if they would move to another country for a job opportunity.

Which is part of why the purchase of a home is such a daunting option for many of us. We’ve got to seize opportunities when they’re presented, and a mortgage makes that a whole lot harder to do so.

Last year, I spent time in Mongolia while participating in the Mongol Rally. The stunning landscape of the sprawling steppe that led us to Ulaanbaatar was dotted with nomadic families, living out of yurts and moving with the seasons. Although fascinated by this lifestyle, my initial perception of this society was one of lesser comforts than the one I enjoyed back home. But after meeting more and more of these Mongolian nomads, watching their big smiles and waves as we drove by in our sputtering Fiat, and being invited into their homes when they spotted us camping nearby, I began to wonder if they actually had it all figured out. 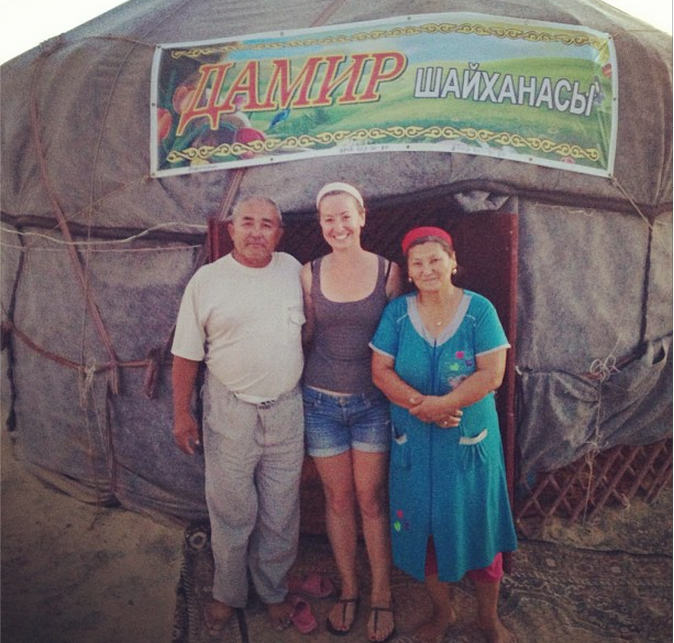 Their belongings consist of necessities alone. They work with the land and consume only what’s available in their immediate surroundings. And their scenery changes with the seasons — following warmer climates and herds of wild horses.

Now, I can’t say I’m ready to give up my wifi and imported wine selection, but I do find their lifestyle to be a noble one, and there are aspects of it that I would like to incorporate into my own.

Living out of my car and various hotels across the country will require a version of this transition. I’ll be drastically slimming down my wardrobe, and only bringing the essentials. And I won’t be buying stuff along the way like I might do on vacation.

I’ll have to learn to make use of what’s available — like farmer’s markets and thrift shops. (I can’t be purchasing fast food from truck stops every day, and when I do need to revamp my outfit options, I’ll need to stick to a strict budget.) I won’t have a house, or even an apartment, to collect things I don’t need.

My friends and family might be surprised by this decision to hit the road again, but it’s becoming less unusual these days.

Millennials have been dealt some frustrating hands when it comes to finances. The American Dream is becoming a thing of the past as shoebox apartments take precedence over white picket fences. Our goals have shifted from job stability to life fulfillment, and our definitions of “success” have changed as well. Technology has given us the option to get creative with our lifestyles — to work from home, wherever that may be.

So while so many of us might not be “settling down” like our parents had hoped, we’re building lifestyles that allow us to see more of the world, and collecting a greater variety of experiences by keeping our options open.

I’ll be hitting the road soon, and while I would love to find a place that feels like “home” to me, I know that wherever I wind up parking my car at the conclusion of this trip won’t carry the weight of a permanent decision. There will always be more to see and experience, and I’ll work hard to give myself the flexibility to keep exploring.

There’s a new American Dream forming out there in this big country, and I’m going to go live mine on the road.

(This post originally appeared on Stars on the Ceiling.)

Britany Robinson is a restless writer, who can’t stay put for long. She writes about lifestyle and travel for Millennials on her blog, Stars on the Ceiling. Britany is currently driving around the U.S., discovering the states from the Millennial perspective, and hopefully picking a new place to call “home”. The availability of quirky cafes, dive bars with wi-fi, and late night burritos will play heavily on this decision.