Three Years After the BP Oil Spill, Life in the Gulf of Mexico is Dying, Mutating and is Toxic to Your Health 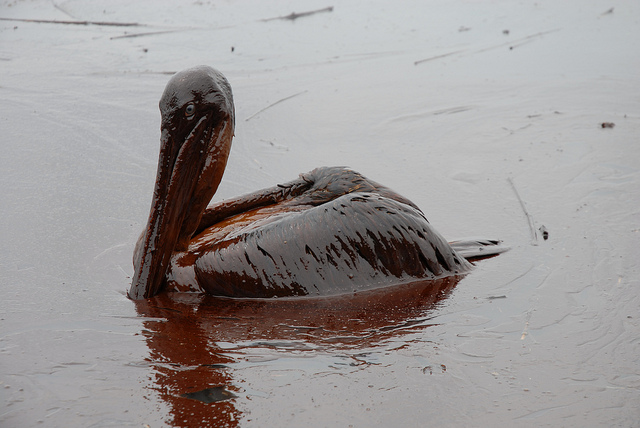 Three years ago, when BP’s Deepwater Horizon began leaking some 210 million gallons of Louisiana Crude into the Gulf of Mexico, the U.S. government allowed the company to apply chemical “dispersants,” Corexit, to the oil slick to prevent toxic gunk from reaching the fragile bays, beaches, and mangroves of the coast, where so much marine life originates. But TakePart’s Ocean Expert expert and “Death at Seaworld” author, David Kirby, now reports that a number of recent studies show that BP and the feds may have made a huge mistake, for which everything from microscopic organisms to bottlenose dolphins are now paying the highest price.

Corexit dispersants emulsify oil into tiny beads, causing them to sink toward the bottom. When BP began spraying the Gulf, critics said Corexit is not only toxic to marine life on its own, but when combined with crude oil, the mixture becomes several times more toxic than oil or dispersant alone. Not surprisingly, BP Chief Executive Bob Dudley defended use of the dispersant saying it is s harmless to marine life,

In April 2012, Louisiana State University’s Department of Oceanography and Coastal Sciences was finding lesions and grotesque deformities in sea life””including millions of shrimp with no eyes and crabs without eyes or claws. Further to that, research has found:

Mutated seafood is not the only legacy left behind by Corexit. Earlier this week, TakePart wrote about Steve Kolian, a researcher and diver who, along with his team, took water and marine life samples at several locations in the months following the spill after Corexit had been used. Now, they and countless other Gulf residents are sick, with symptoms resembling something from a sci-fi horror film, including bleeding from the nose, ears, breasts, and even anus. Environmentalists, fishermen, and Gulf Coast residents contend.

View More of our GREEN Stories