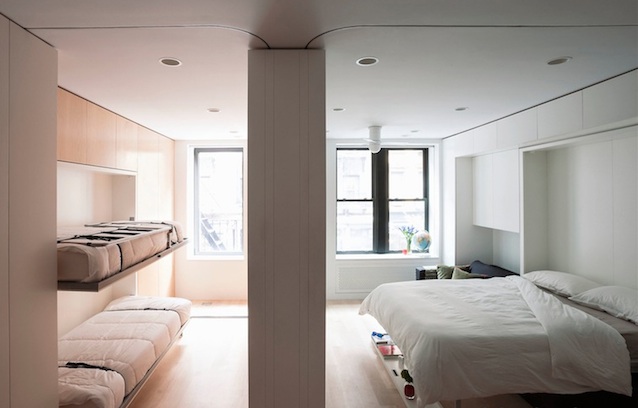 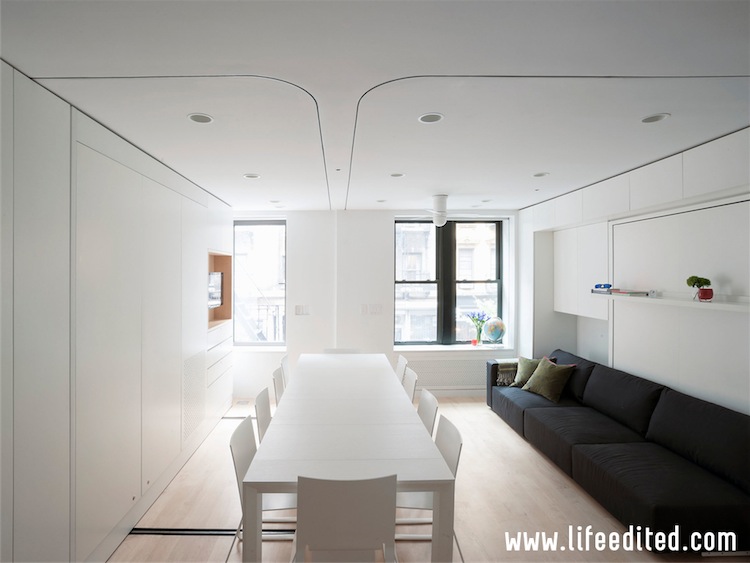 City living has its limits, especially for the 99 percent of us that don’t rent a room with a view, or even a dishwasher for that matter. Space, becomes the operative word while tirelessly scouring countless apartment listings, but what if we only needed a measly 420-square-feet to create a functional “home” with eight “rooms” and plenty of square feet to entertain?

TreeHugger founder Graham Hill and his team at LifeEdited figured out how to transform a run-of-the-mill studio apartment (measuring in at 420-square-feet) in SoHo into a eco-functional futuristic abode. And it’s cool, really cool.

The apartment was part of a crowdsourcing project Hill and his colleagues dreamed up. Approximately 300 proposals flew in from all around the world, one of which was used to design the spiffy studio.

In the video below, it’s incredible  to watch Hill create six rooms by simply sliding around a wall, or two, or by pulling entire beds from what appears to be indiscreet cabinets. Almost every inch of the apartment is used with a functional purpose, from the bathroom that doubles as a private place to chat on the phone, to an extendable table, which can expand from a four-person square to seat 12, to the magnetized spice containers that float on the wall.

Hill’s project proves that space-less places carry the potential to be comfortable, functional homes that won’t leave large carbon footprints on an already trampled planet. Who knows, we may even figure out how to work in a place to put that garden you’ve always wanted.