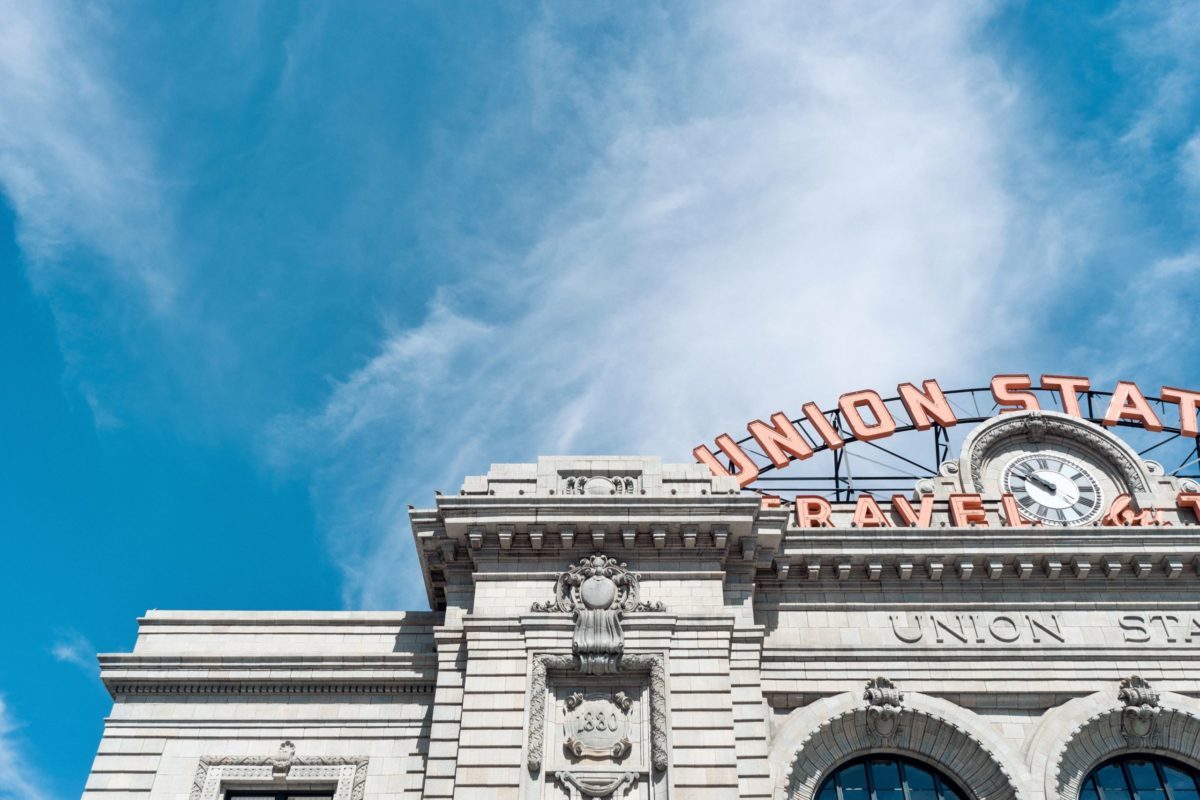 Worth Traveling For: The Crawford Hotel

After being grounded for the better part of a year and a half, I (over)packed my suitcase and boarded a flight to Denver, Colorado, the city that lies as the gateway to the wide-open spaces of the west—spaces that could not have been more different than the ones in which I spent the pandemic months at home. Even the airport train into Denver’s Union Station gave me a thrill I had forgotten existed. I was traveling. I was going somewhere! I was going somewhere new. For this first foray into cross-country travel, I checked into The Crawford Hotel, a stately hotel within Denver’s historic Union Station. From being completely grounded to staying in a hotel within a major transit hub was quite the turnaround, and one I was glad I traveled for.

When you pull into Union Station, there’s a real feeling that you’ve arrived at the gateway to the American West—a feeling you can imagine was only more cogent when the station opened in 1881. The Rockies are within reach! There’s a bus in 15 minutes to Salt Lake City! The daily Amtrak from Chicago to San Francisco is about to pull in! There’s an underlying tremor of excitement and exploration, an understanding that this was, and is, the land of frontiers.

The Crawford Hotel lies at the center of that excitement and Union Station’s bustling, buzzy main hall, serves as the hotel’s lobby and check-in area. The hotel, which opened in 2014, was part of a mammoth $500 million project to restore and revitalize the station. After over a century of use, the transit hub had fallen into total disrepair and its soaring ceilings and detailed plasterwork were left to decay. The renovation and hotel were realized thanks to the advocacy and organization of Denver’s own Jackie O, a woman named Dana Crawford, for whom the hotel is named. Crawford succeeded in her vision of turning the station’s grand hall into “Denver’s Living Room,” a space where travelers, locals, and hotel guests could gather. The renovation saw the hall transformed into a space of roomy velvet and leather couches and chairs, long wooden tables with library lights, marble coffee tables, and woven rugs. The furnishings are what anyone might aspire to have in their own home but worry they would be too nice for everyday use. The fact that the Living Room stays clean and appealing enough to purposefully spend time in, is more than I can say for any other train station I’ve been to.

The renovation—while providing a much-needed face-lift—also preserved many of the station’s original features including the over-size bronze light sconces and plaster columbine details (columbine is the state flower). The cost of restoring the original station benches that once lined the hall, was far too price prohibitive, but two remain next to newer models that nod to the past. Grand new chandeliers were installed to replace the flat fluorescents that had been installed in the original (and now lost) original light fixtures’ place.

The Crawford and Union Station are inseparable, so if you’re looking for a quiet hotel lobby, you’ll have to rise early to enjoy it. Union Station is still very much a working transit hub and has all the passengers and luggage to prove it. That being said, security is excellent and multiple key swipes assure that only Crawford Hotel guests make it upstairs.

The Crawford’s 112 guest rooms occupy the perimeter of the Living Room. The third floor, where I stayed, was once the 19th century home to local businesses including a shipping company and a barber shop. My Classic Guest Room had enormous floor-to-ceiling windows that overlooked the plaza outside, a comfortable king bed, luxurious rain shower, and, the true joy of hotel rooms, blackout curtains. The second floor features the Crawford’s signature Pullman Rooms, rooms modeled after Pullman train cars and, I’m told, popular with train enthusiasts.  One suite—the Crawford suite—features 16-foot ceilings and the station’s original windows.

The restaurants at Union Station are privately owned and not technically part of the hotel. That being said, the Living Room is flanked by cafes, restaurants, bars, and shops, all locally owned. Head to Ultreia for Spanish and Portuguese-inspired small-plates and a large gin and tonic menu. Guests of the Crawford are welcomed to a free coffee each day at Pigtrain an ice cream cone at Milkbox Ice Creamery, and an evening beer at Terminal Bar, which operates out of the old train ticket offices and serves over 30 locally brewed beers—just show your room key.

The true gem of Union Station’s culinary offerings, however, is The Cooper Lounge. Located on the station’s third-floor balcony, the Cooper Lounge is inspired by the golden-age of train travel and recalls the Orient Express more than the Amtrak. Come for the space itself and stay for cocktails, elevated takes on classics like the Cooper Lounge Manhattan and the Strawberry & Rhubarb Vodka Collins.

The Crawford’s sister hotel, The Oxford, is a stone’s throw away. The Oxford is Denver’s oldest hotel and opened just a few years after the arrival of the train station. The Oxford Club (one door down from the hotel) offers gym and spa services available to all Crawford guests. The gym is well stocked, and, worth noting, has two Peletons. A visit to the Oxford Club is a necessary stop while staying at the Crawford. If you come for the spa you’ll have a variety of massages to choose from, including a CBD massage (after all, this is Colorado). After spa services guest are invited to relax with a glass of the Oxford’s house bourbon. The club’s store is stocked with intriguing local products like Zents lotions, Night Space candles, and Lacuna Botanicals CBD cream. Crawford guests enjoy 10% all purchases.

The Crawford offers guests two forms of complementary travel in which to explore Denver. The hotel’s Tesla will take guests anywhere within a two-mile radius of the hotel (just make sure to reserve it in advance). Take advantage of the ride and head to the nearby River North Arts District. Arguably Denver’s hippest neighborhood, RiNo is awash in food halls, breweries, and murals. The Crawford’s two electric bikes are available to guests, and although popular, I was able to snag on a Saturday morning. Pedal from Union Station along the Cherry Creek Hike/Bike Path to Denver’s truly remarkable Botanical Garden. Stay for an hour or all day. Timed tickets ($15 per person) should be purchased in advanced online. The Denver Art Museum is also an easy bike ride away. Tickets, also timed, are $13 for non-Colorado residents and should be purchased in advance.

In 2016, Denver added a direct-from-the-airport train. The ride takes less than an hour and for only $10.50 delivers you to Union Station and the Crawford. It truly doesn’t get easier than that.