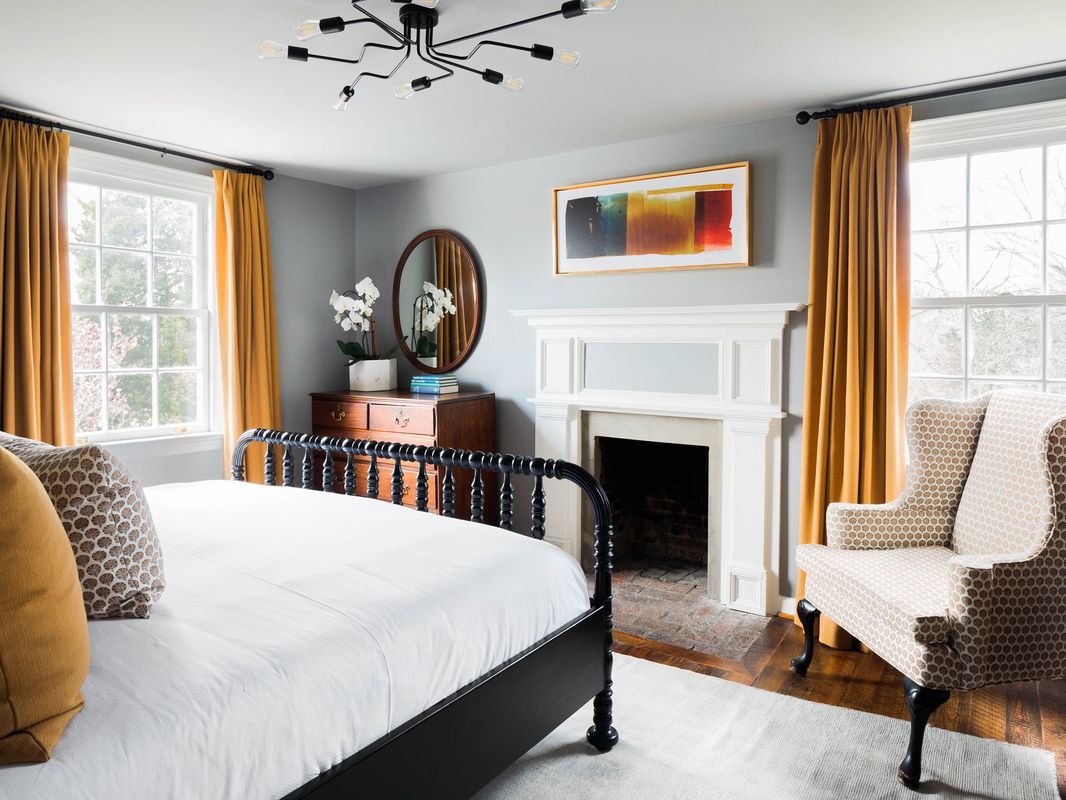 Worth Traveling For: The Clifton

Just over two hours south of Washington, DC is a landscape conflictingly alive with the past and present. Driving along the successive curves of Route 20 and Jefferson’s Highway, the scenery is dotted with the homes of America’s founding fathers and awash in sweeping views of the Blue Ridge Mountains. Here, where the roads cut through battlefields from the Civil War’s deadliest days, the land is punctuated with the wineries that have landed Virginia firmly on America’s viticulture map. This part of Virginia—aptly known as the Blue Ridge—is a blend of the modern and historic that’s so palpable that the area’s hottest place to sleep also happens to be a home built for Thomas Jefferson’s daughter. That place would be The Clifton, a beautifully designed boutique hotel where, during a particularly chilly January weekend, I found myself a lucky guest.

Built in 1799 as a plantation estate—then known as Edgehill—for Thomas Jefferson’s daughter Martha, her husband Thomas Mann Randolph, and their children (eleven of whom survived to adulthood), The Clifton has withstood the test of its history. After nearly two centuries of private ownership—both by the Randolphs and others—and over twenty years as a hotel, The Clifton underwent a redesign in 2018 by the Blackberry Farm Design Group (the minds behind the eponymous farm in Tennessee). The overhaul transformed The Clifton from a historic accommodation in Virginia’s wine country into a destination boutique hotel at the top of its game.

What was once a part of a 2,400 acres estate, the modern day The Clifton now stands on 100 acres and is trimmed with a lake, cabana-flanked infinity pool, walking trails, a croquet field, and idyllic lawns that have made it an in-demand spot for weddings, both in the days before COVID guest count restrictions and in the new world of micro events.

With just twenty rooms, life at The Clifton revolves around the central Manor House which is home to seven of the property’s suites and rooms, and includes a restaurant and bar worth traveling for even if you don’t spend the night. Several outbuildings have been converted into guest rooms and cottages-style accommodations for longer stays (especially popular at the height of the pandemic lockdowns last spring). The Manor House’s fireplaces, staircases, and historic charms have been preserved, but the redesign has added richly hued furniture, mid-century chandeliers, modern art pieces, and texturized wall coverings that land the overall aesthetic firmly in the present. Few historic hotels achieve the design balance of the beauty of the past with the modernity of the moment as exquisitely as The Clifton.

I spent the weekend in the Monticello Suite, which is one of larger accommodations in the Manor House, and therefore likely several of the rooms used by the first inhabitants. (Did Thomas Jefferson sleep here? Perhaps.) The suite’s three rooms are meticulously designed with a mix of antiques and antique-inspired pieces like a wooden armoire and a Jenny Lind spindle bed (generously recreated in a king size). A boldly upholstered wing back chair, rich velvet sofa, and burnt orange drapes elevate the space to feel modern and comfortable perfection. The bathroom with a claw-foot soaking tub and a window with a view to the hills, puts it over the edge.

The suite is ideal when traveling during COVID when choosing to take meals in the room, or using the space to read, hang out, enjoy a cocktail, or anything else you might do in the comfortable downstairs rooms, is more appealing it might normally be. The Clifton’s Garden Cottages are also very well suited for staying far away from others.

Matthew Bousquet, a Michelin-starred chef who previously ran Mirepoix in Northern California, is at the helm of The Clifton’s on-site restaurant, 1799. Dinner is three-course prix fixe menu ($69, not including wine or cocktails) and revolves around local ingredients and American classics. In the warmer months the menu draws much of its produce from The Clifton’s own garden. The winter menu us decidedly meat-heavy but pescatarian dishes like smoked salmon with cream cheese ice cream make up for the lack of non red-meat options. For meat eaters, the star offering is a first course of bone marrow and escargot served with lemon and pernod butter. The wine list includes a healthy selection of local Virginian wines, as well as others for those unconvinced by the local terroir. At the time of my visit (January 2021), inside dinning was available at a limited capacity with moderately spaced tables. Tables are also available in a heated outdoor tent.

A parfait and pastry breakfast are complimentary for all overnight guests but there is also an à la cart menu if you arrive hungrier.

The Copper Bar is located in the Manor House in a stone-floor room that seemingly once was a kitchen or porch and is now sleekly, stylishly, and appropriately copper-accented. As this is the Blue Ridge, you would be remiss for not trying the local moonshine, and the Let Your Spicy Moonshine cocktail makes it go down easy. The Clifton’s front porch rocking chairs make for a nice spot to sip and stargaze.

The Clifton’s layout is well-accommodated for traveling during this moment in time and cozy fireplaces downstairs and the in-room soaking tubs also make it a wonderful destination for a winter retreat. However, it’s clear that the property truly sings in the spring and summer, when the croquet lawn is up and running, the pool is open, and the lawns and lakes are in-season and ideal for a picnic or a bottle of wine.

Thomas Jefferson’s Monticello, where The Clifton’s original inhabitant, Martha, eventually went to live and play hostess for her father, is a stone’s throw away and a must-visit. Plan to spend several hours here and book your timed tickets well in advance. Another of Jefferson’s legacies, the University of Virginia, is a required stop. Jefferson’s utopic ideal of an “academical village” are laid-out awe-inspiringly throughout the campus. Charlottesville’s new Dairy Market food hall is ideal for grabbing lunch or coffee to go, and nearby wineries like Pippin Hill and King Family are worth visiting, both for the wine and the views.

This being rural America, you’ll need to drive. The Clifton is about two-and-a-quarter hours from Washington, D.C., an hour from Richmond, and a ten-minute drive from downtown Charlottesville.