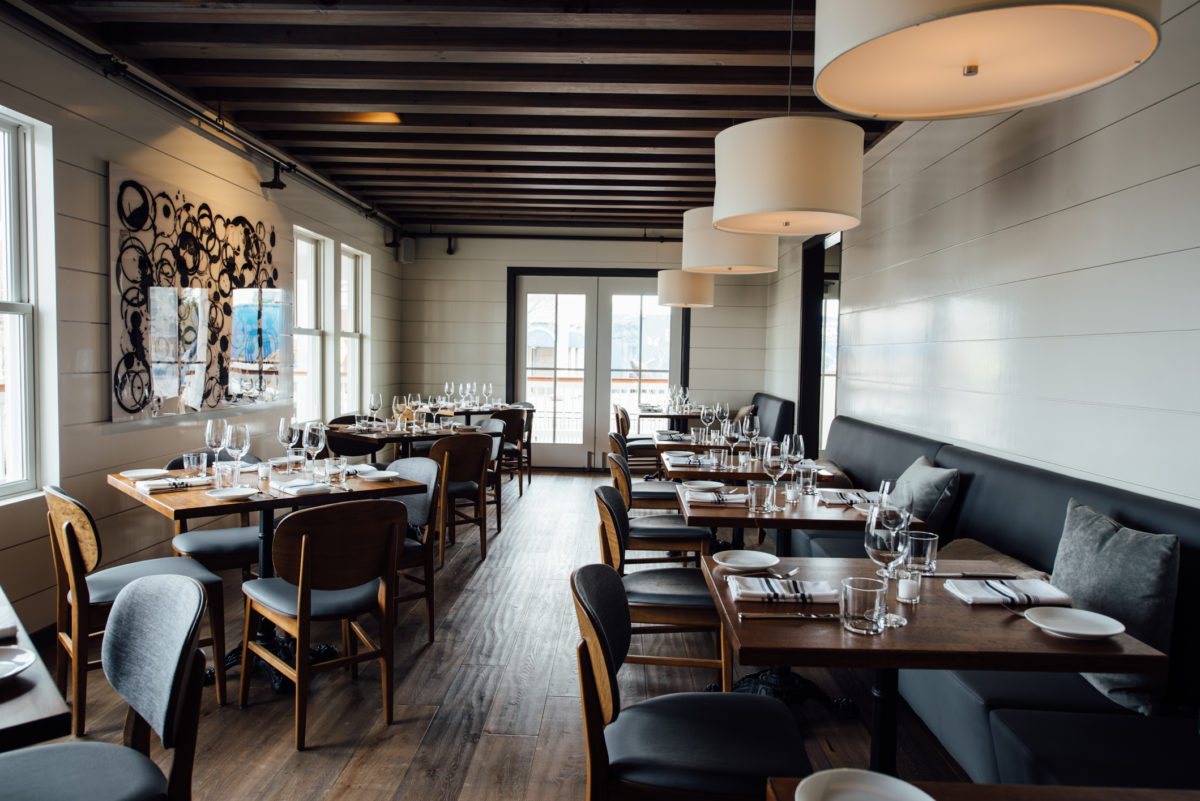 Long ago in the bygone era that was just a few weeks ago, my partner and I left the increasing madness of New York City for Riverhead, the sleepy Long Island town situated at the mouth of the island right before the land splits into its distinct North and South “forks.” It’s here we settled, somewhat naively aware of what was to come, at The Preston House and Hotel, a beautifully and meticulously renovated 1905 historic home with an ultra-modern addition of loft-suites and a restaurant that draws in a far-reaching crowd. We came, during the promising tail end of winter, for the North Fork’s surprisingly good wineries and the relative calm of the Hamptons in the off-season. What we found was an island on the brink of crisis, sheltering its residents and visitors from the impending COVID-19 epidemic. What we lived at The Preston House was a last hurrah of travel and leisure and food so good its memory makes me almost weep.

While we may be in an era of pause, The Preston House isn’t holding its breath. With a forward thinking young executive director and local celebrity chef, The Preston House is merely waiting for a time of sunnier skies where the thought of the car-lined Old Montauk Highway and increasingly stuffy “see-and-be-seen” Hampton beaches seem hardly like annoyances and more like signs of life well lived.

Named for Henry H. Preston, the house’s original owner and the first salaried sheriff of Long Island’s Suffolk County, The Preston House and Hotel has been lovingly renovated to incorporate its original turn of the twentieth century charm while also being thoroughly accessible to modern travelers. Original wooden beams and floors, stonework, and hardware stand in an appealing contrast to the new hotel that feels far more Manhattan than Long Island (if Manhattan had apartments quite this large). The structure of the original 1905 house serves as the restaurant (“The House”) and the addition serves as the hotel. The dichotomy of the old and new is striking and the contrast feels fresh and modern in a town pointing its gaze on the future.

It’s hard to quantify how many duplicates of my Manhattan one-bedroom apartment could fit into the Corner Suite we enjoyed at The Preston House. Made for a couple or family of four (the suite has one large bedroom with a king bed and a generously sized living room has two sleeper couches) there is room enough here to hold a party. Concrete floors, mid-century furnishings, pop-art accented walls, and a white and gray color palette create an understated soothing atmosphere in the otherwise sterile layout. We spread out throughout the sprawling rooms, indulging in the espresso machine, spa bathroom, and tv.

Visitors would be forgiven for knowing only of the restaurant which stands in contrast to Riverhead’s more expected offerings. Executive Chef Kyle Koenig has curated his menu to include staples people expect from a Long Island restaurant but elevated the offerings to push diners out of their culinary comfort zones. Yes there are oysters and in summer a lobster roll, but you won’t find fried calamari or a traditional caesar salad on the menu. Planned weekly pig roasts in the summer and Long Island wine paired dinners have helped to create a following for the restaurant. The House’s popularity and appeal has only been growing since Koenig took control of the kitchen less than a year ago after stints of the best area restaurants including Topping Rose House in nearby Bridgehampton and Craft in New York City.

There is no doubt that this new era of coronavirus is hard on all of us, around the world, not least of all those who prepare our food, ready our rooms, and bring the magic of dining and travel into our realities. Faced with these troubled time, The Preston House has joined a collective of restaurants in The Dining Bond Initiative, working to secure the livelihoods of the restaurant industry and the huge swarth of people who do this amazing work. The Dining Bonds works in effect like savings bonds, purchased now to be redeemed at the restaurant at a future date.

The restaurant, of course, is now closed although the pick-up only offerings are robust and comfort-focused.

Reeves Beach, a short drive from The Preston House and Hotel is a quite wild stretch of sound-facing coast with dramatic dunes. Make your way here for a sunset stroll. The in-town Moustache Brewing Co. is a local favorite and worth a stop.

You can see the best of Long Island’s easternmost points on an easy drive from Riverhead. Start with the North Fork and drive to very end, stopping at antique stores (don’t miss In the Attic Too in the town of Laurel), wineries (Old Field Vineyard in Southold, Kontakosta in Greenport, and Bedell in Cutchogue are my favorites) and lunch (try Halyard which hugs the coast outside of Greenport). Stroll through the town or Orient and continue onto Orient Beach State Park. From Greenport take the ferry to Shelter Island before continuing the drive through the South Fork. Stroll through Sag Harbor (the slightly less stuffy of the Hampton Towns) and walk on Mecox Beach near Bridgehampton.

From New York City the easiest way to get to Riverhead is the Long Island Rail Road and the Riverhead stop is a short walk to The Preston House. However, once out here a car is a necessity except in summer when a simple bike rental will get you to the nearby beaches and wineries.

Madeline Weinfield is a writer based in New York City. She is a contributing editor to The Culture-ist and oversees community contributions.