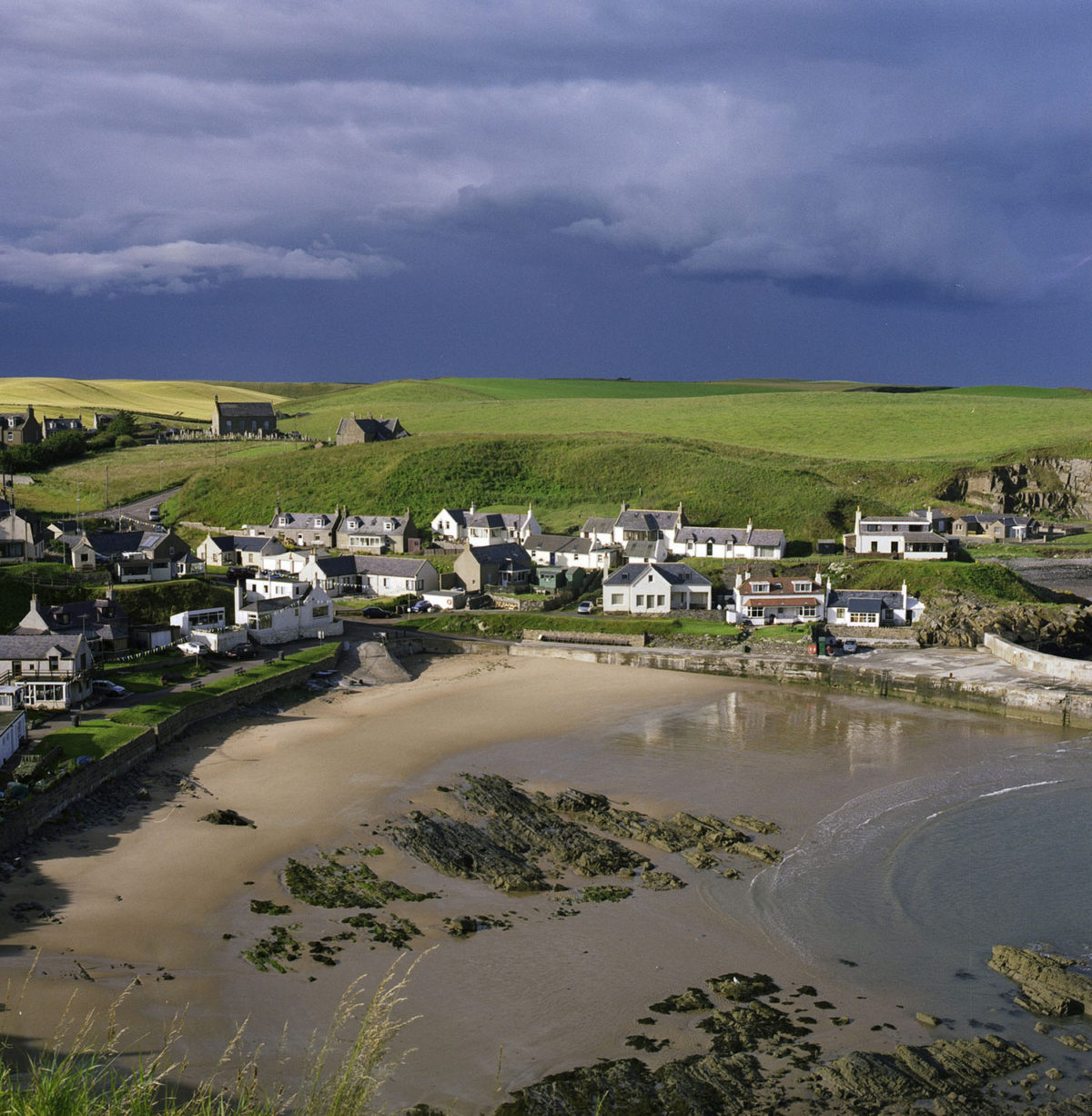 I woke in the darkness of our first night in Collieston with the sense that something was wrong. The rain had stopped and I could hear the soft roar of the north sea below us and, like an echo, the gentle breathing of my sons. Outside the window, the village had disappeared under sea mist as thick as a quilt. I listened intently to the silence, trying to figure out what had startled me awake. No traffic, no sirens, no nameless industrial hum, just pure unmitigated tranquillity. Then it hit me – I’d been disturbed by the peace.

Collieston is a tiny village, just above Aberdeen on Scotland’s northeast coast, where generations of my mother’s family lived and died, and where I stayed every childhood summer, released from the polluted crush of central London into fresh air and freedom. We spent our days racing naked into the icy sea, searching for pirate treasure on the perilous rocks, and staying out past bedtime, falling asleep under skies still clear with northern sunlight. It was paradise. As I grew up my, visits diminished, crowded out by work and the lure of new places, but Collieston was never far from my mind. This year, living in London again after a while abroad, I started to feel the oppressive charge of too much humanity and too much concrete. Collieston’s siren song seemed to call until I found myself booking a cottage and bundling my sons, aged three and four, onto the train for the 9-hour trip north.

As we arrived in the village, grey clouds hung, threatening to burst, over a granite sea. Undeterred, the boys headed straight for the water, stripping as they ran towards the icy waves, too exhilarated to notice the blue hue blossoming on their legs. Photographs from the turn of the last century show my ancestors hauling their catch up the beach when this was a little fishing village; now my sons raced across the same pale sand, the houses and landscape in the background identical. London changes when you go out of town for a night, but Collieston seemed immutable – a few fewer boats, a few more cars, and the village folk universally clad in performance outerwear rather than the bulky knits of yore – but essentially the same.

As we walked up the brae at the end of the day, the boys noticed exotic little birds gathering on the electricity cables. ”They’re hummingbirds,” my son told his little brother with four-year-old authority. Sparrows, I explained, had been as common in London as pigeons until they disappeared and reemerged in places like this, refugees from the plague of cell phone towers yet to reach Collieston.

For most international visitors, Scotland is The Highlands, the Islands, Glasgow, Edinburgh, and the watery west coast. Those who come to the northeast tend to have a reason, which is a shame for the tourist industry but a joy for the tourist – we spent our second day on Forvie Sands under clear blue skies without running into another soul. Forvie is a nature reserve which rolls down the coast from Collieston, a heaven of mattress soft heather and shifting dunes. As we walked, we could sometimes see Aberdeen on the Horizon, sometimes nothing at all – nary a tree, simply mile after mile of golden, green, and purple serenity. Violet harebells and tiny white grass of Parnassus lined the sandy pathways, along with the droppings of a million invisible rabbits. We saw tiny velvety voles and horny little toads, swifts and martins swooping through the vast volatile skies, and thousands of gulls squabbling on the cliffs, all intent on nesting on the same rock. Puffins and cormorants dived for fish, and one morning a roe deer leaped across our path, while a short-eared owl glared unflinchingly from his fence post. When I’d worried that my little generation alphas, reared on a diet of constant digital stimulation, would be bored up in Collieston, I’d underestimated nature’s drama and the joy in coming across these things by chance. At the zoo, my boys had whisked past the animals and spent their visit inspecting an old lawn mower parked in a corner instead. Here, every bug and beast commanded their full, fascinated attention.

Following my ever clearer memories, we climbed a grassy hill and found ourselves at the top of a mountain of sand, looking across a sea of dunes, some as bald as their Saharan cousins, others wearing little tufts of Marram grass, like hair plugs on a bald head. We launched ourselves into the air, tumbling, rolling, and skidding uncontrollably and joyfully downwards, shrieking as wildly as the gulls circling above us.

Our pockets heavy with sand and our hair matted and grainy, we wandered out onto the Ythan Estuary, where the slate grey sea flows between the pale dunes. As we walked along, a little Labrador-like head appeared in the water a few feet away – a baby seal, gliding along as if to keep us company, followed by a succession of curious faces bobbing in and out of the leaden water until, at the end of the estuary, we became aware of mournful music filling the wind, so ghostly and beautiful we could only stop and listen. Out on the sandbank, hundreds of seals were calling, their low sad song enveloping us as completely as the mist rolling in off the sea. Those tales of sailors lured onto the rocks by the mermaids’ song suddenly made sense.

A little way up the coast, the ruins of Slains Castle stand starkly against the grey sky, its skeletal ghostliness belying the fact that the house was intact until the owners removed the roof as a tax dodge in the 1920s. With no guards, ropes or rules to impede their newfound freedom, the boys raced gleefully up and down the tiny staircases and fossicked around the jagged walls of the Octagon Hall, replicated by former frequent visitor Bram Stoker as the Octagon Room in Dracula. It seemed fitting that, despite several stately standard stately homes in the area, the building the coastline is best known for is a craggy, magical ruin, lashed by the elements, and linked forever to a dark fantasy tale.

Around the Globe Photo of the Day: Idyllic Thailand

We’d been blessed with mostly mild, sunny days, but, on our last afternoon, the winds picked up, rattling the windows and whipping our faces with slanting rain – tempestuous Scottish weather without which I’d have felt a bit cheated. Huge waves leaped over Collieston’s battered pier, churning the harbor into a mass of creamy foam and infusing the air with a clean mineral tang. The wind howled through the jagged towers of Slains and over the treeless sands of Forvie and perhaps the dunes shifted a little. By morning, all was calm again – the sea a satin sheet and the long grass still as we set off towards the station for the long trip south.

By late afternoon, we were descending in London. The crowds were intense, as if we’d walked into a stampede or a Carnival of people dressed in bland work clothes. As I hustled the boys along, keeping them moving to keep them from being trampled alive, I thought of the windswept beauty of Forvie and felt fortified, able to face another spell in the metropolis, safe in the knowledge that somewhere up there those dunes are still drifting gently away, wild, wonderful, and waiting.

Retts Wood is a writer and photographer based in London, England. You can find more of her work on rettswood.com or follow her adventures on instagram @retts_wood. 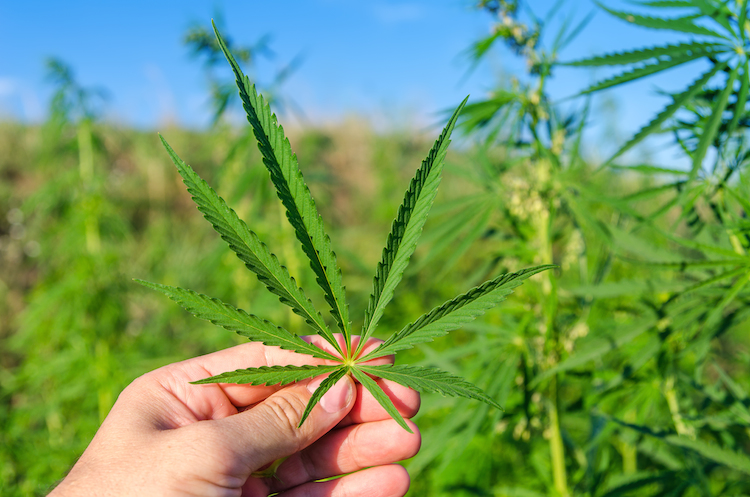