Brene Brown, in her Ted talk The Power of Vulnerability, said: “Vulnerability is the core of shame and fear and our struggle for worthiness, but it appears that it’s also the birthplace of joy, creativity, of belonging, of love.” Shame, fear, the struggle for worthiness could easily characterize the migrant crisis which has affected Europe. At Gustamundo, a unique restaurant project in Rome, migrant chefs from across the world have created a tasting menu of dishes from their origin countries. Over dinner, they share their stories with you. In a political climate where the word migrant is loaded with negative connotations, making yourself vulnerable to share your story is an act of courage.

Less than two kilometers from The Vatican is the suburb of Valle Aurelia. It’s not on the tourist map. It’s a suburb like any other suburb in any sprawling city. The main street is lined with apartment blocks. The residential floors are shuttered to keep out the heat of the Roman sun. On street level, the shops are open and bustling.

A five-minute walk from the metro, just off the main street, on Via Giacinto de Vecchi Pieralice, is an innocuous Mexican restaurant called El Pueblo. Inside, the walls are painted sunshine yellow and lined with photos and memorabilia from Mexico.

The restaurant is also home to Gustamundo, a project set up two years ago by owner Pasquale Compagnone. Chefs are recruited from reception centers around Rome and given the opportunity to learn employable skills and earn a living wage. The project aims to foster inclusion and integration through food and challenge prejudice migrants face. There is a rotation of about fifteen chefs from all parts of the world. Tonight, Ilyas, from the Kashmir region of Pakistan and Anita from India are in the kitchen and Buba from The Gambia is hosting Gustamundo.

Over a menu of dishes from Nigeria, Somalia and Kashmir, Buba, shares his story of a two-year journey from his home in The Gambia to Libya and onwards eventually to Italy. He crossed Senegal, Mali, Burkina Faso, Mauritania and Algeria, arriving in Libya where he was imprisoned for almost five months before making the journey across the Mediterranean Sea to Sicily.

Three unseaworthy dinghies, each with approximately 150 people on board started off on the crossing. They were told it would take 45 minutes. A couple of hours into their journey, Buba watched as one of the dinghies began to sink and the souls on board perished.

He made friends with two other young migrants on board, both from Cameroon. They had been on board for almost five hours when one of them said he saw a helicopter. Then, they saw a ship coming towards them. Anxiety spread throughout the boat with many fearing they would be killed. Buba remembers seeing an Italian flag and realizing, with relief, that the ship had come to rescue them.

I am an Irish migrant. Having an Irish passport has made it easy for me to move to the United Kingdom to work and study and then later to work in Hong Kong. Being part of the European Union means I can move for work with relative ease. But in post-war Britain, until as recently as the 1960’s, signs in pubs and boarding houses read, “No Irish, No Blacks, No Dogs”. Migration has always been a contentious issue.

Thus migrant has become a loaded word. It has become a catch all, scooping up refugees, asylum seekers and anyone entering Europe by various unofficial routes and used to systematically dehumanise and “other” by the media. Migrants are an easy target. The narrative, that migrants are swarming into Europe, threatening the European way of life, feeds nationalist and populist agendas. This narrative isn’t challenged because the media controls what stories are told and who gets to tell them without providing context to the issues which created the crisis.

Gustamundo is challenging this narrative. It is impossible to sit with someone, eat food they have prepared for you, hear the story of how they came to be here and not make a human connection. Gustamundo’s existence is an act of resistance to the political climate where migrants are portrayed as a threat.

There is the possibility that Gustamundo will preach to the converted, that it will attract the kind of customer who is open minded already. However, Pasquale has set up a catering outlet which brings Gustamundo to other areas of Rome and beyond.

Buba tells a story of an Italian woman he met while doing a catering job. After talking together for about five minutes, the woman told him she had never spoken to someone “black like him” and that he had changed her perception of migrants from Africa. Vulnerability effecting change.

Visiting Gustamundo can stir up a range of emotions. I was angry that this project should need to exist in twenty first century Europe and simultaneously thankful that it does. Overwhelmingly, though, it is an uplifting experience.

In the Via Caselina camp where he lives, Buba talks about how he jokes with the Cameroonian friends he made crossing the Mediterranean Sea. They tease each other about who cried most when they were on the boat. He talks also about the future. He has an interview the next day for a course to study catering and gain professional experience. He hopes to be able to move from the camp to living independently.

Despite the trauma of his experience, he has hope and an unshakable sense of gratitude to the Italian people. Creating an opportunity for his chefs to challenge the dominant negative narrative created to portray migrants, Compagnone has created the conditions for their vulnerability to be “the birthplace of joy, creativity, of belonging, of love.” When I asked the chefs what they would like people to do after hearing their stories, the universal response was a hope that people see them as human. Buba punctuates our time together with a simple sentiment that is impossible to dismiss: “We are not animals.”

About the author: Joanie Magill is an Irish writer based in Liverpool, UK where she writes about art, travel and food. You can read more of her writing here. 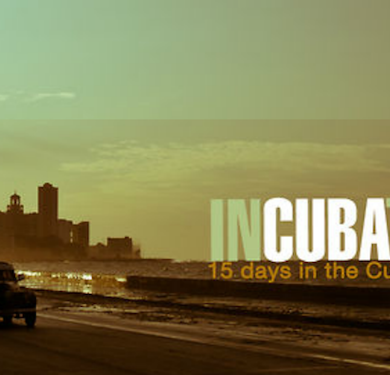