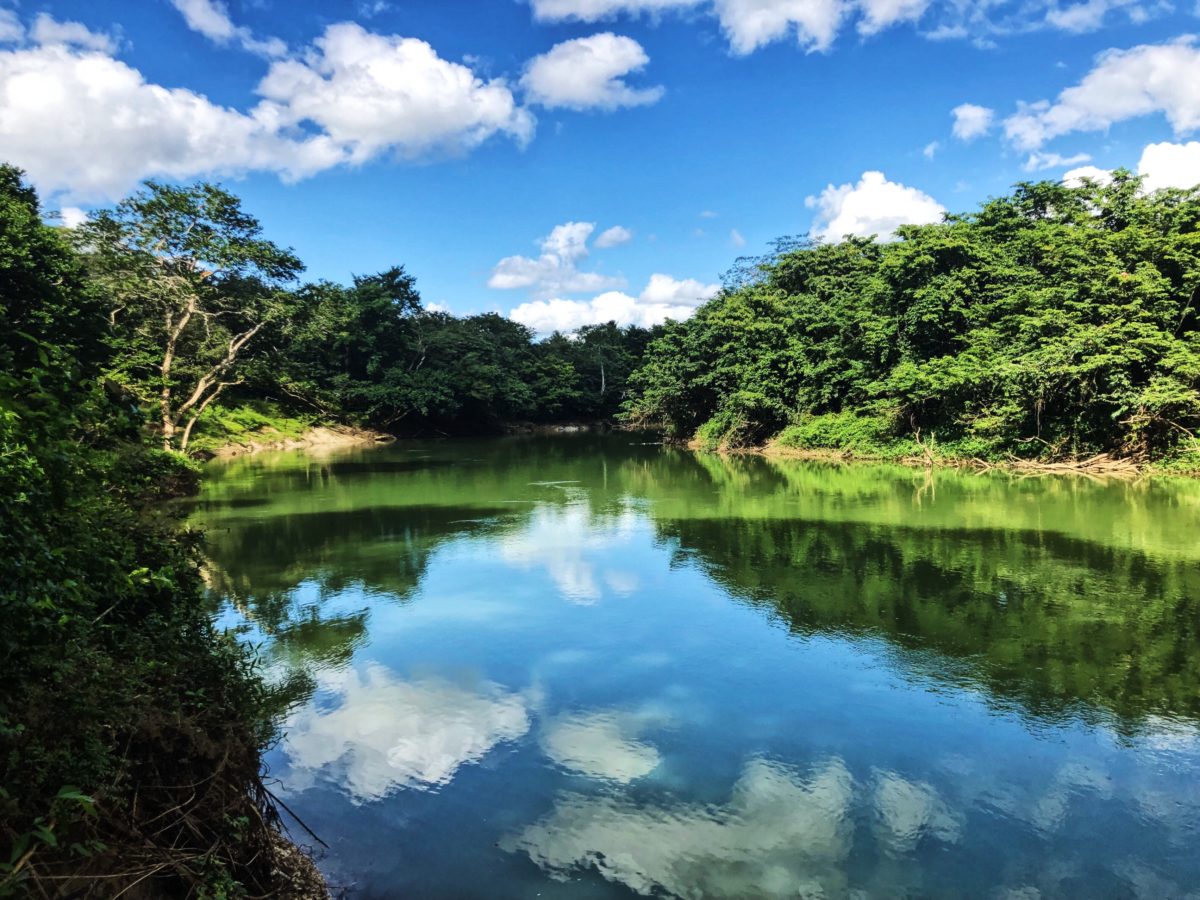 How to Speak Howler: A Trip to the Community Baboon Sanctuary in Belize

When I reached Burrell Boom in the Cayo District of Belize, I thought I’d heard every possible language spoken in Central America. Belizeans flip between English, Creole, Spanish, and dialects of Mayan with minimal effort—an impressive fact for an unenlightened monolingual American like myself. I expected this; I read about it in guide books. What I didn’t expect was to learn a new language I’d never heard of before. The language, you ask? Howler monkey.

Burrell Boom is a village so small you’ll miss it if you blink, but for those interested in getting up close and personal with Belize’s endangered black howler monkey population—baboons, as locals call them—I suggest you keep your eyes peeled.

I’d booked a cabin at Burrell Boom’s Howler Monkey Resort, an unfussy and affordable summer camp-style accommodation, in the hopes of meeting some monkeys in person. I searched for the neighborhood’s famous inhabitants along the vermilion banks of the Belize River; I stalked the riparian forests behind the resort hoping to catch a glimpse of them in the trees. Everywhere I looked I came up empty handed, as if I were a clumsy jaguar the howlers could hear from miles away. Then, on the day of my departure, a fellow traveler at the resort offered me some sage advice over breakfast.

“If you want to see monkeys, head down the street to the Community Baboon Sanctuary and ask for Russell. He knows how to summon them.”

A simian sorcerer, you say? I chugged my coffee and hopped in my rental car, anxious to live out my Jane Goodall fantasy. CBS’s headquarters seemed mostly deserted upon my arrival. I went from one squat building to the next, poking my head into every open door I came across. When I finally found the man who would be my guide, Russell, it was as though he had been waiting for me. He outstretched his hand and said “You must be here for the baboons.”

Russell, a Burrell Boom native with aquamarine eyes and a toothy grin, grew up with these primates as neighbors and knows them all by name. He’s also well versed in the history of the sanctuary. When primatologist Dr. Robert Horwich and Belizean native Fallet Young created CBS in 1985, 12 local residents joined together to make a safe haven for the endangered animals. Today over 200 private landowners participate, cordoning off a total of 20 square miles devoted to protecting the howlers from hunting and habitat loss. Through the education and conservation efforts of people like Russell, CBS has become a leading example of self sustainable ecotourism in Belize.

We walked into the woods, stopping every few meters to listen for rumblings in the leaves. After a prolonged silence, Russell opened his mouth and bellowed. “Rooaaa!” His rich baritone, warm with a round Creole accent, echoed throughout the treetops. “Come baby, come! Come, baby come! Rooaaa!”

And just as Russell commanded, a howler monkey came.

“ROOOAAA!” A Jabba the Hutt size belch even louder than Russell’s shot through the trees like a foghorn. It’s maker swung toward us from the treetops, and took a seat on the branch above my head. Staring at me with glimmering ebony eyes, the monkey appeared more Curious George than George Lucas villain—a bark greater than its bite, no doubt. His scrotum, an impressive pink sack, hung just below the branch, and a chocolate colored appendage stuck out from his anus. I stood transfixed until I realized the appendage was actually excrement, and quickly dodged what could’ve turned into a very shitty situation. After discharging his waste, he began to urinate. “ROOOAAA!”

The guttural chanting of black howler monkeys can be heard up to three miles away. Males use their bombastic shouting to ward off other tribes from encroaching on their territory, and could probably produce enough sound to fill an entire football stadium without amplification. Their cry isn’t pretty—Jabba will never be Beyonce—but the vibratory brilliance is breathtaking.

I decided to give Russell’s technique a whirl. I opened my mouth wide and croaked like a frog in a brass band. “Roooaaa!”

The forest echoed with my voice, and the baboon cocked his head to the side. Russell grinned. “He thinks you’re one of them now.’

“ROOOAAA!” The monkey shook my bones with a surprise assault in return, as if to say “this is my land, invader!”

He was right; the land was his. I backed away slowly. We’d understood each other perfectly. It seemed, through Russell’s laughter, that I’d passed the local language test with flying colors.

About the author: John Garry is a travel writer, teacher, and actor who most recently finished ringing doorbells around North America in “The Book of Mormon.” When he isn’t busy exploring the world, you can find him hanging out in New York City with Ben, his fearless co-pilot and travel companion, and their two pets—a badass Bayou-born catahoula named Mona Pickles, and Ty, the Liberace of cats. 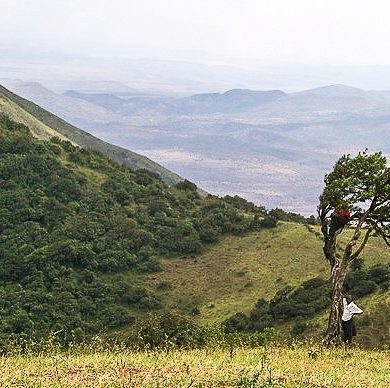