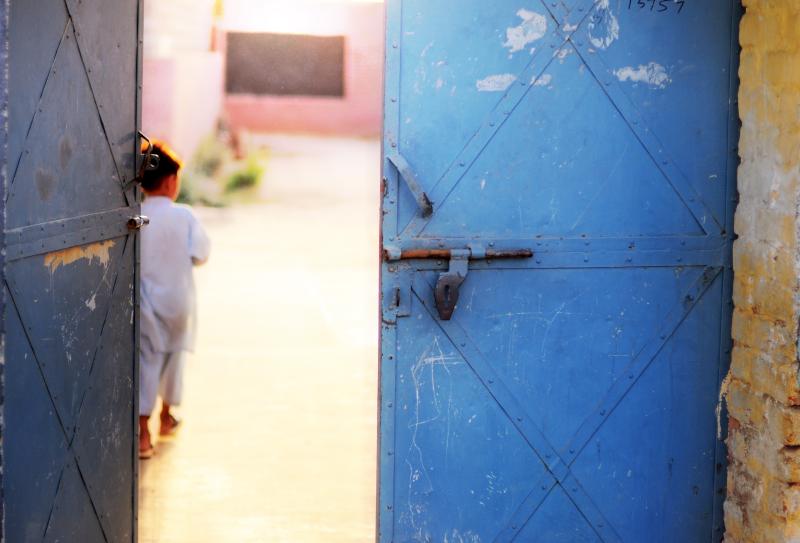 Share
An excerpt from Given’s memoir, At Home on the Kazakh Steppe, which tells the story of  her two years teaching English in the middle of Kazakhstan.

As I opened my frayed notebook, I saw my list that Gulzhahan and I had been working on over the past six months or so, a list we called “Cultural Differences in the Classroom.” It reminded me that, as I moved into my second year, I knew more of what to expect.

While I’d been so quick to notice the oddities and strange practices among my Kazakh colleagues that first year, Gulzhahan had been equally diligent to let me know that the identification of odd “cultural differences” went both ways. I smiled as I looked over our list, remembering the question I’d posed to her one afternoon in the school’s café.

“What do I do that seems strange to you?”

It turned out that my “flipping them the bird” every time I pointed to a word on the blackboard had been only the beginning. It was not enough to chalk the differences up to the individualistic culture (mine) versus communal culture (hers). We wanted concrete examples of these differences. So, we started our list.

My water bottle was a case in point. For years, I’d taken for granted that sipping water throughout the day, especially in hot weather, was a good thing. Unfortunately, the sips I’d taken in Kazakhstan during my lectures weren’t viewed as healthy. Rather it signaled I was “undisciplined and self-indulgent.” Kazakh teachers never drink during a lesson—water on a hot day, coffee on a cold day, even the ever-present chai—in front of their students.

When I sat on the classroom desk, or, to be more accurate, leaned against it to give my weak back a little respite, I might well have been perceived as sacrilegious.

“Table tops are holy,” Gulzhahan had told me early on. “It’s where we may eat. We would never sit on one.” It had taken me months to absorb the idea that this taboo included any surface that might ever be used as a dastarkhan (a table top), a teacher’s desk included.

Kazakh teachers never count their students. During one of my early team-teaching classes with Gulzhahan, I began counting the students by twos, needing to know how many chocolate bars to hand out. Gulzhahan stopped me.

“Counting is only for animals,” she had explained.

“How do you know how many there are?” I’d asked, baffled.

I was proud of my collaboration with Gulzhahan. Neither of us was trying to convert the other. Indeed, the idea never occurred to us that either of us was wrong. We were simply curious about our differences, often laughing at the absurdity of some of them. Our intent was to learn, to understand, to grow as human beings, and, hopefully, to try to find a way to expand our process to include other cultures, other classrooms, other teachers.

We both loved our own culture and understood the larger role that culture plays. It shows us where we belong and binds us to those who are like us. But sharing a culture can also set us apart from those who are different, creating outsiders, aliens, the ominous “other.”

We were a well-suited duo to tackle this challenge. Gulzhahan and I trusted each other, talked to each other, and were eager to answer each other’s questions without judgment.

At the same time, I had never felt judged by anyone there. Through naiveté and ignorance, I’d made multiple faux pas, and each one had been met with understanding, patience, and not a little resignation. I remembered a student in one of the classes that first semester after I’d learned about pointing. I’d had much trouble remembering to not point. Something I’d done so habitually, so unconsciously for so many years was hard to stop. I’d turned to my students and let them know.

“It’s hard for me to remember,” I had told them. “I’m hoping you are not too offended when I forget.”

A student along the far wall, one of the stronger students, responded.

About the author: Janet Givens received her MA in sociology and, after a twenty-five-year career in fundraising, graduated from the Pennsylvania Gestalt Center as a certified Gestalt psychotherapist. Along with Woody Starkweather, she provided workshops around the world for people who stutter and for the speech-language pathologists who treat them. Then, in the wake of 9/11, she and Woody joined the Peace Corps. Her award-winning memoir, At Home on the Kazakh Steppe, is now in its fifth edition. She lectures widely on her experience living and teaching English in Kazakhstan as a Peace Corps volunteer and runs a weekly blog, And So It Goes, exploring cultural differences and the value of civility, compassion, and curiosity in our lives. She is working on her next book, a memoir focused on her stuttering story. 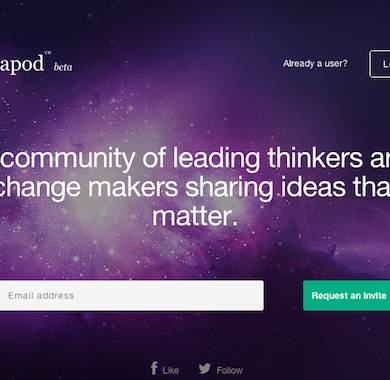