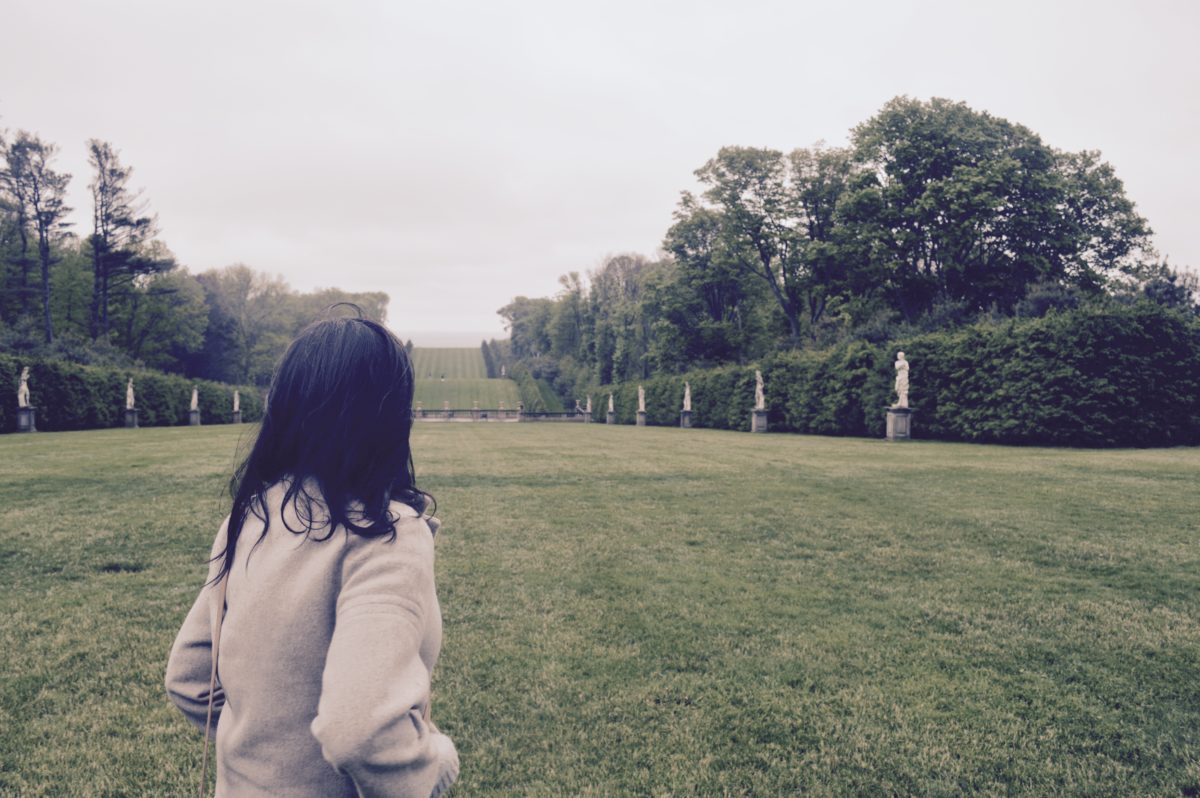 A Royal Weekend at the Crane Estate

There are few places you can go in 2018 that feel so totally removed, so transformative, that you wonder if you’re wandering through an alternative universe. Such is the feeling that came to mind when I spent a late May weekend wandering the immense grounds of the Crane Estate at Castle Hill, a gilded age wonder tucked away majestically on Massachusetts’ rugged coast.

With bellies full of homemade scones and eyes bleary from an early morning spent watching the Royal Wedding, my sister and I drove out of Boston’s gorgeous Back Bay, up the east coast’s Route 1, through a particularly ugly stretch of Anywhere, USA until we reached Ipswich, a coastal town with deep, Puritan roots.

We arrived in the rain. The downward, steady rain of a spring that never was. Our early summer afternoon was clearly making up for the weeks of delightfully chilly, flower-pungent air that the east coast so nearly misses each year in favor of going straight to summer’s humid heat. Arriving in the rain is usually an inconvenience I try to avoid, but as it was the romantic, vaguely-British rain of a spring that almost wasn’t, I found myself praying for more. 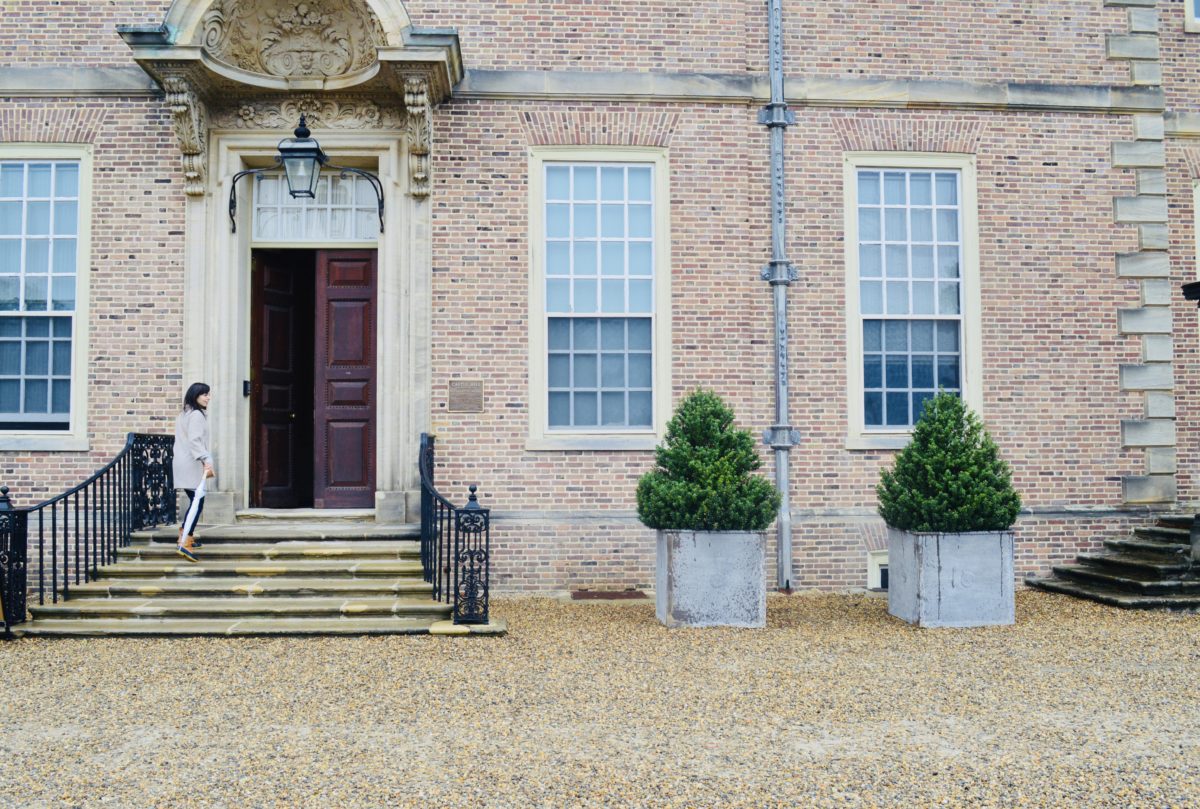 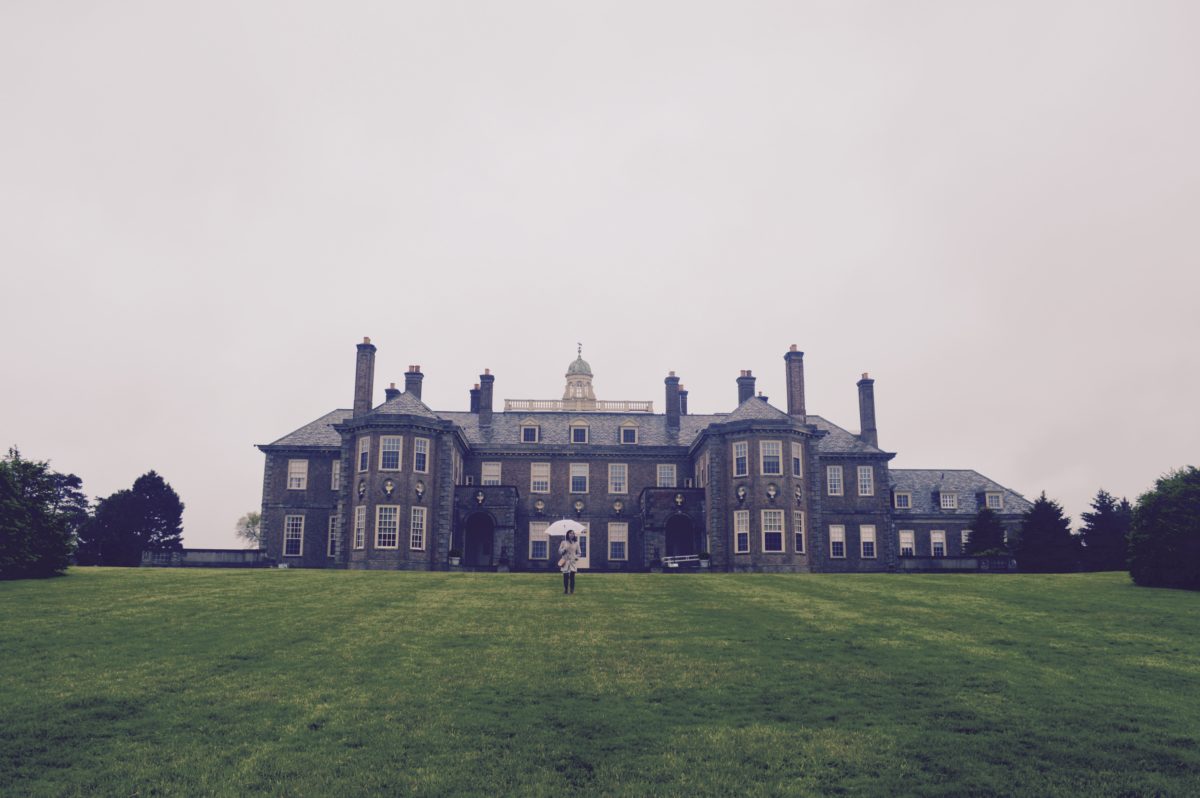 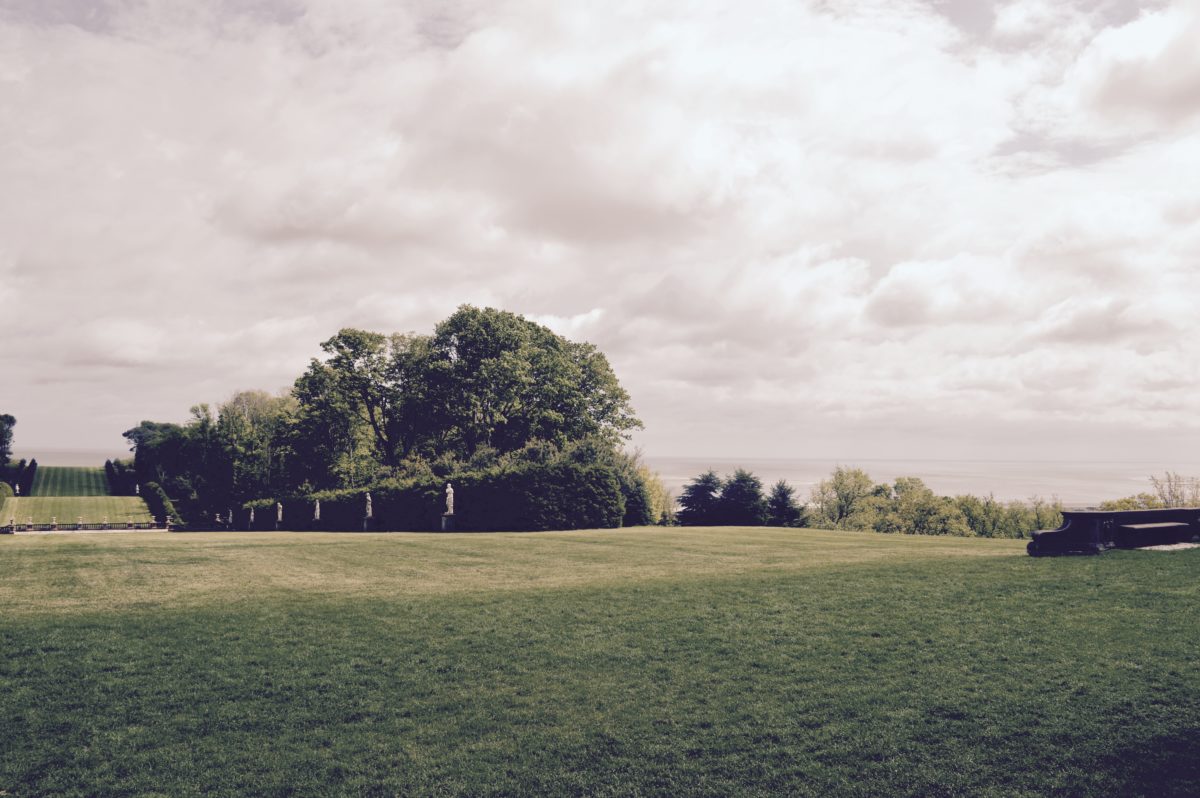 The Crane Estate seems to be made for rain, so plucked out of England it appears. The 2,100 acres of rolling grounds and the 59-room Stuart-style mansion are meticulously maintained and managed by the Trustees, a Massachusetts institution that has been working tirelessly to keep the state’s historical and natural wonders alive and well since 1891. The Trustees keep the estate in near-perfect condition, accessible yet still with a sense of great remove from the outside world. It is at once a spot so deeply rooted in the past as it firmly stands in the present.

The Crane Estate came into its grandeur under the ownership of Richard T. Crane, Jr. who purchased the property in 1910. A Chicago plumping baron, Crane bought up  what are now the mansion’s interiors from fallen English and Irish town and country houses—think parqueted floors, elaborately carved wood mantles, etc.—to furnish his creation. You cannot walk through the halls of the Crane Estate and not marvel at the remnants of a lost era of European social history that has been imported into a new home for a new era of American wealth. (Crane’s plumping business shines in the mansion’s bathrooms where faucets and drains are solid sterling silver.) How quickly that era came and went with the stock market crash and the depression that would follow. The Crane Estate remains locked in a time when a Chicago family could employ 70 full time gardeners to upkeep a home in which they lived for but two months of the year. 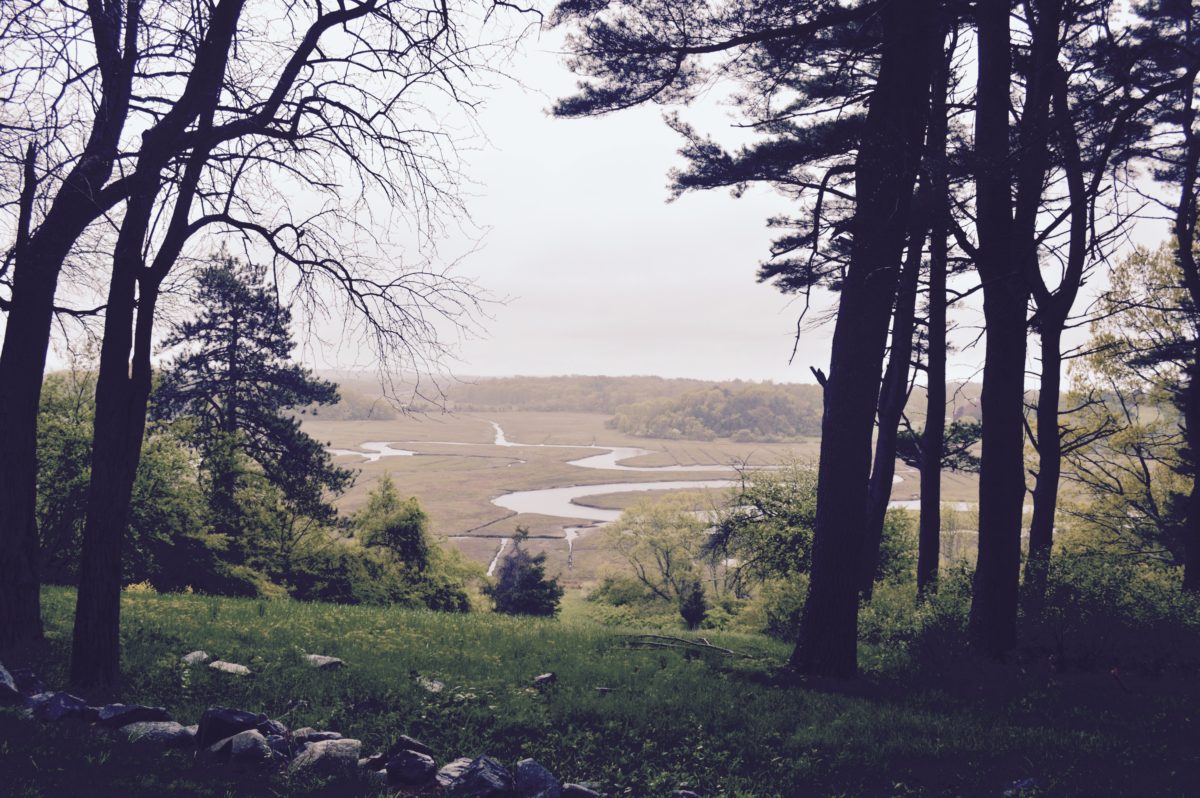 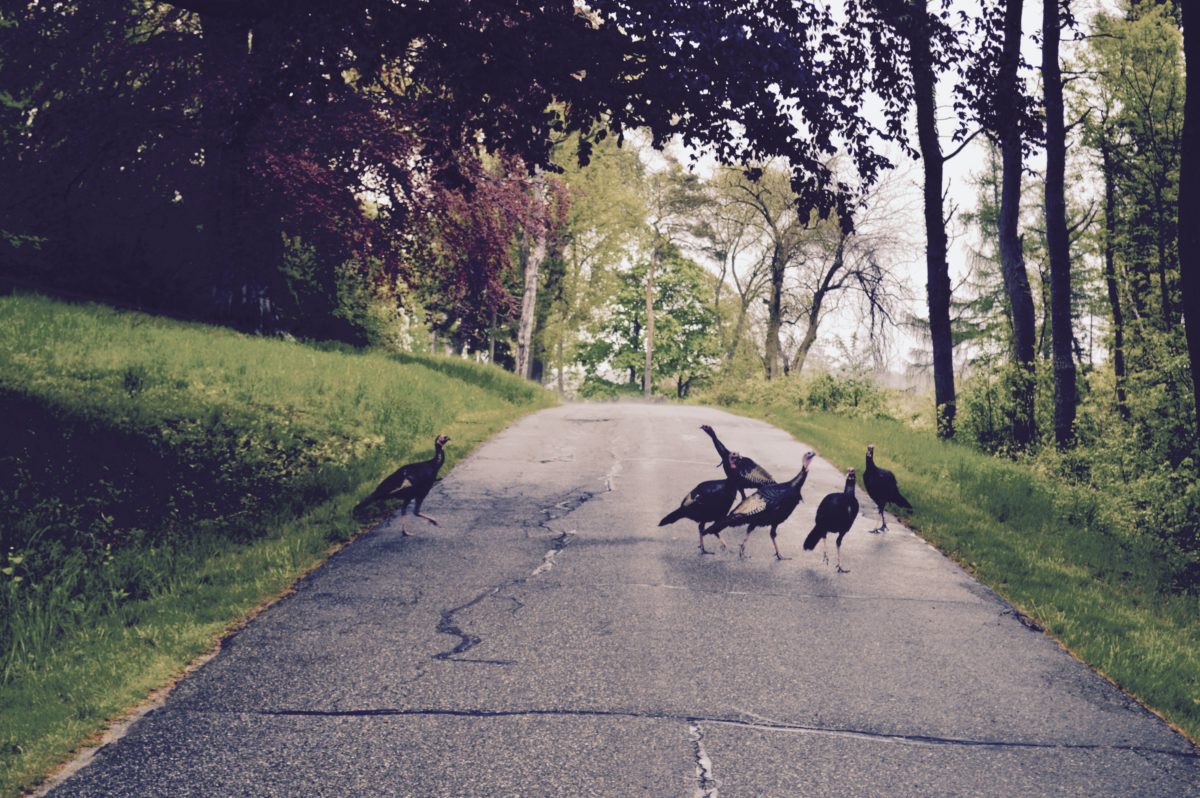 Although it is everywhere, it isn’t only the history you think of while at the Crane Estate, it’s the feeling of utter calm. The silence of so large an expanse of private nature belongs to another continent, one less crowded and one not so new.

In the rain, the land and the sea blended together and the cold shores of Crane Beach blended with the gray sky. The new green of the forest and the grass, and the freshly sprung lilac and roses hung in the air. The wide-open lawn in the back of the palatial home slopped mercifully to the see, waiting for summer and days to swim through.

This Is Africa: A Beautiful Glimpse of Life in Rural Tanzania and Uganda (VIDEO)

Down the hill from the great house is the home where the Cranes lived while their permanent summer home was being renovated and expanded. Lucky for us 21st century dwellers, that home is now the delightful spot of the Inn at Castle Hill, a ten room, gorgeously decorated boutique hotel that faces the sea. This is a place to do nothing but read, walk, and stare into the private beauty that surrounds. Here is a place to hang in between the past and present, removed yet totally grounded in the beauty of the grounds, and the late spring landscape. Rarely crowded, although the estate does hold 60 or so weddings a year and a not-to-be-missed Roaring 1920’s party (this year’s is slated for August 4 & 5), the grounds of the estate are yours for the taking. 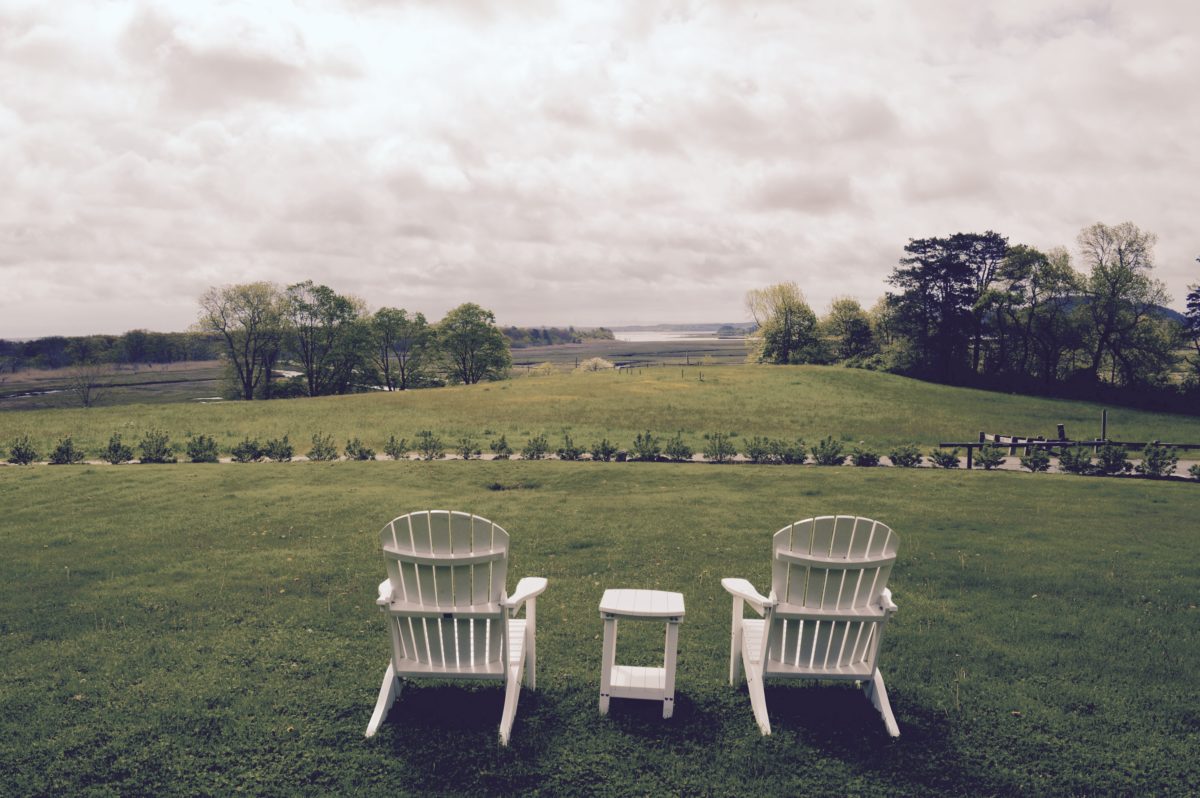 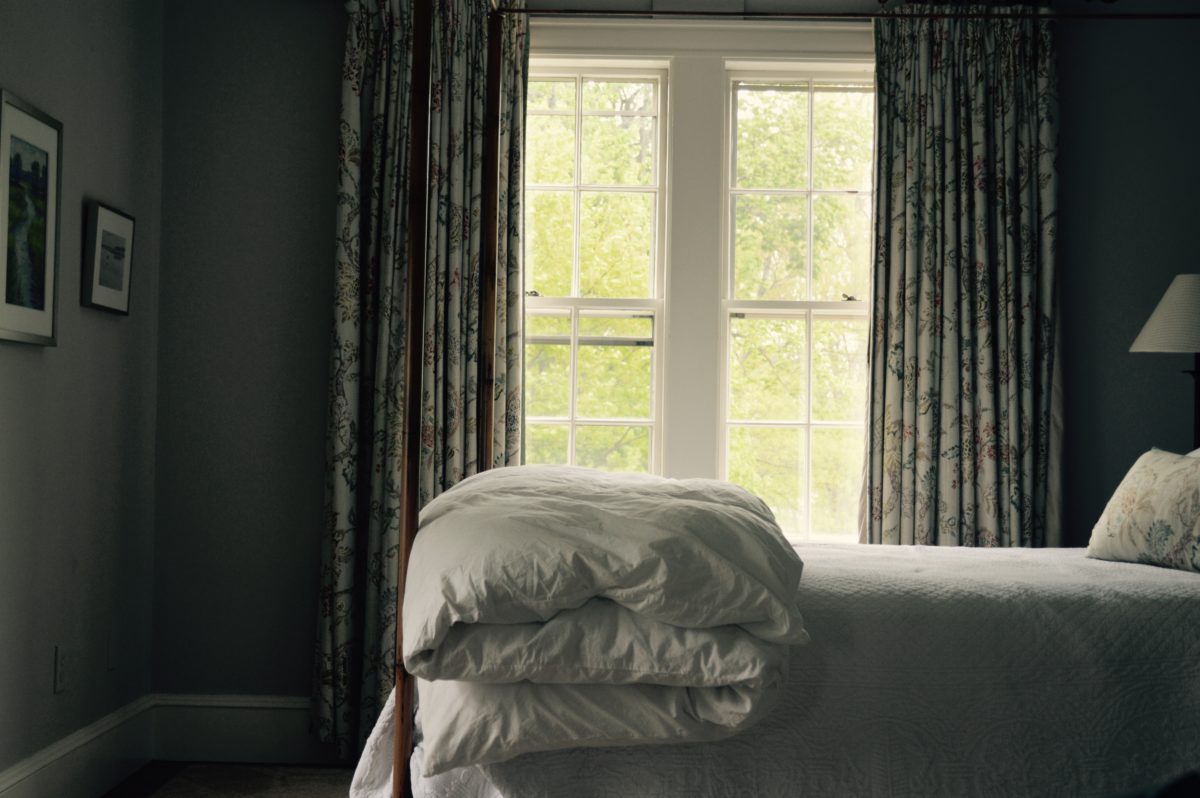 Rain-soaked from hours wandering the sloping lawn leading to the sea and exploring the ruins of the Olmsted-designed Italian garden, my sister and I made our way back to the inn where warm showers, glasses of red wine, and a sumptuous cheese plate emerged in the front parlor as the sky slowly turned into a richer stage of twilight. The inn became our retreat—a break for two sisters who live in different and ever-moving cities. A sanctuary of remove and stillness that we both were craving but not receiving in our every day lives, Mr. Crane’s temporary home became our temporary home. It gave us a space that was timeless. A space where phones remained silent except to check for news of the royal wedding . . . after all, England was on the mind. But more than anything, it gave us a space to embrace beauty and silence, so often hidden in plain sight. 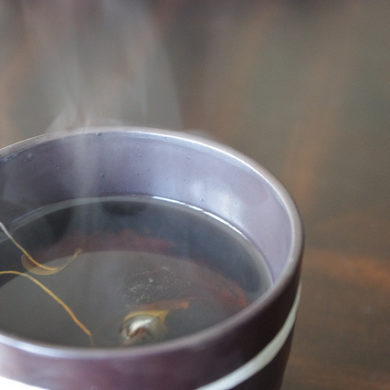