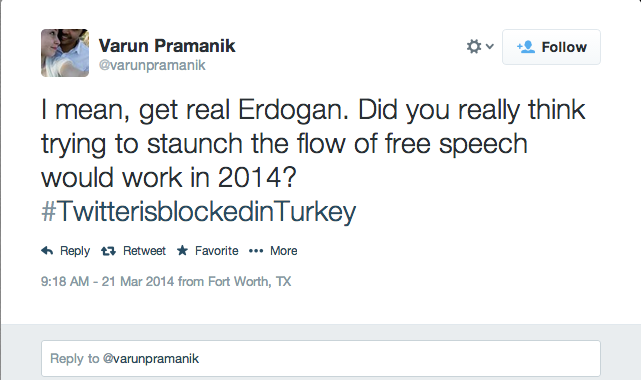 Thursday evening, Turkish Prime Minister Recep Tayyip Erdogan shut down Twitter as a result of a scandal involving recordings that allegedly reveal corruption in his administration, which was made public and exacerbated though social media.

It’s a shame that Erdogan and his posse thought that banning Twitter would put the kibosh on continued public scrutiny because his actions just triggered a very angry reaction the world over. We happen to hate politician bullies that attempt to take away the voice of the people. So in the interim, while the Turkish people fight their battle, we as a global society have their back and we’ll fight to the Twitter death…

@alauraschneider: Looking at the reactions that #TwitterisblockedinTurkey is causing, Erdogan will have to care about what the int. community says quite soon. 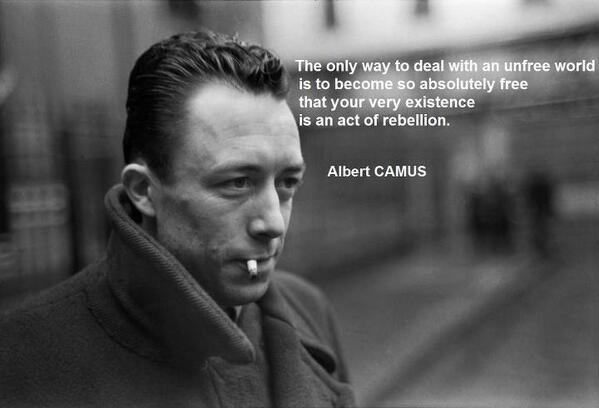 Facebook vs. Google+: Which Platform Reigns for Social Sharing? (INFOGRAPHIC)

@skykipp: Dear Dictators: Yes, Please Try to Block Twitter http://mashable.com/2014/03/21/dictators-block-twitter/#:eyJzIjoidCIsImkiOiJfcndxeXE0eGpqNHFzOHJ5ZiJ9 … via @mashable #DNSRules #TwitterisblockedinTurkey
@yannicktona: Just wondering if #Turkey PM #Erdogan and #Russia President #Putin went to the same school! #TwitterisblockedinTurkey
‏@msmitka: Most ppl want 2 eradicate disease & famine. Not Turkish PM Recep Tayyip Erdoğan. He wants to wipe out Twitter. #TwitterisblockedinTurkey
Varun Pramanik ‏@varunpramanik: I mean, get real Erdogan. Did you really think trying to staunch the flow of free speech would work in 2014? #TwitterisblockedinTurkey
@PaulbernalUK: I do hope would-be censors all around the world are watching how the Twitter-ban in Turkey is panning out… #TwitterisblockedinTurkey
The Culture-ist ‏@TheCultureist: RT @SocialPort: Those running the country comfortably put Turkey’s unity at risk to pursue… #StandAgainstCorruption pic.twitter.com/Z1Mjqgbgew 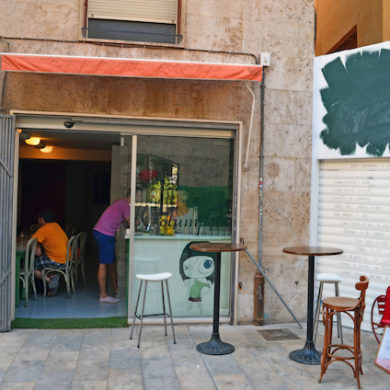