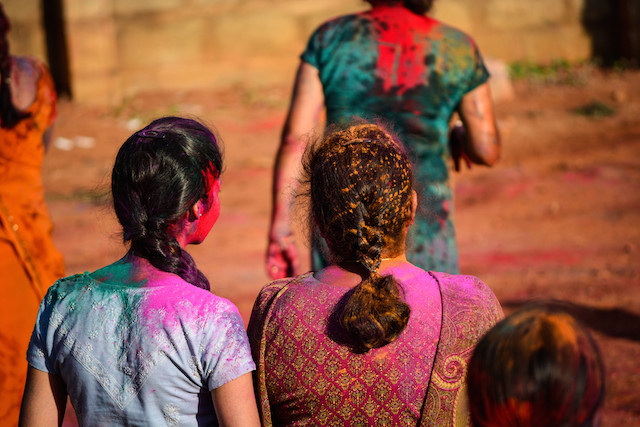 Believe it or not, spring has arrived. For many, the start of spring is signified with cultural and religious holidays beginning this time of year. In 2014, three major holidays — Purim, Holi, and St. Patrick’s Day — all happened to fall on the same date, March 17. Each holiday consists of rowdy celebrations and unique customs, making all three a wonderful way to kick off the start of spring. Check out the images below to see how people around the world prepared for the festivities…

Purim is a holiday that celebrates the deliverance of the Jewish people in the ancient Persian Empire. According to the Book of Esther, there had been a plot to destroy the Jews, but the plan was foiled. Jewish people around the world now commemorate this event through various traditions and customs, including donating to charity, gift giving, reciting passages from the Scroll of Esther, and public celebration. 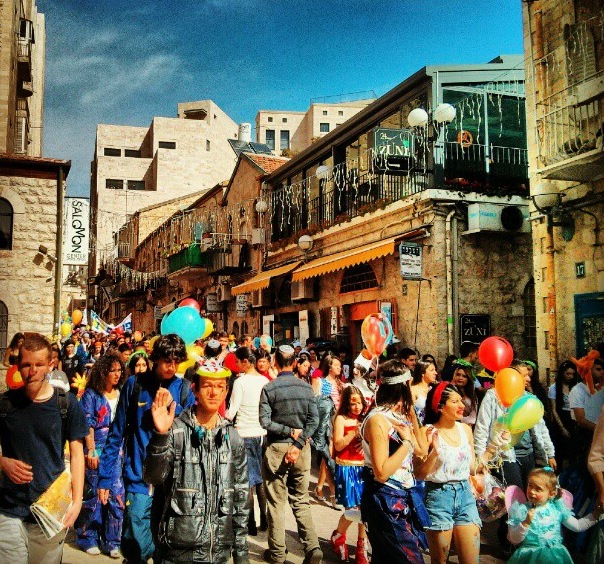 Dressing up in costumes is customary for Purim celebrations. People can wear any kind of costume they’d like, similar to Halloween, although many chose a masquerade theme this year due to influences of Carnival celebrations over the world. anshelmark shows us a lively celebration in Jerusalem. 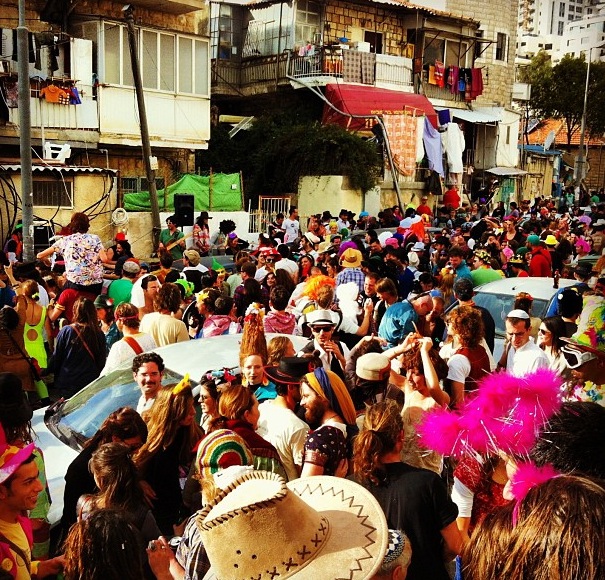 meytal_almog shows us another view of a Jerusalem celebration. 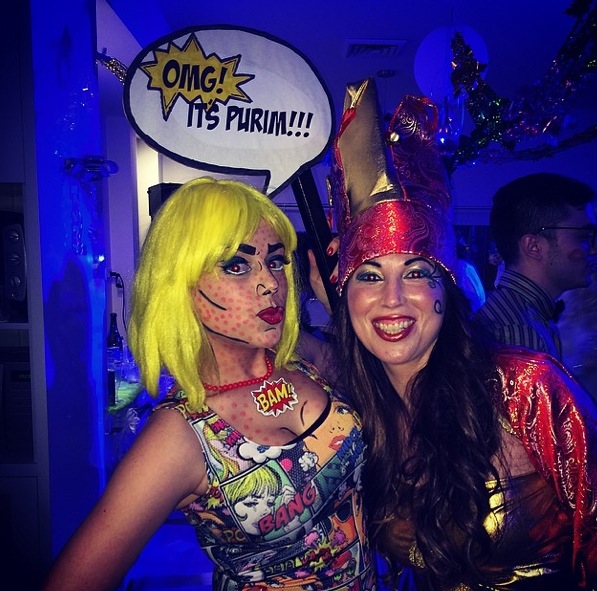 mayski87 captures this great photo of two friends ready, set and sassied up for their Purim party! 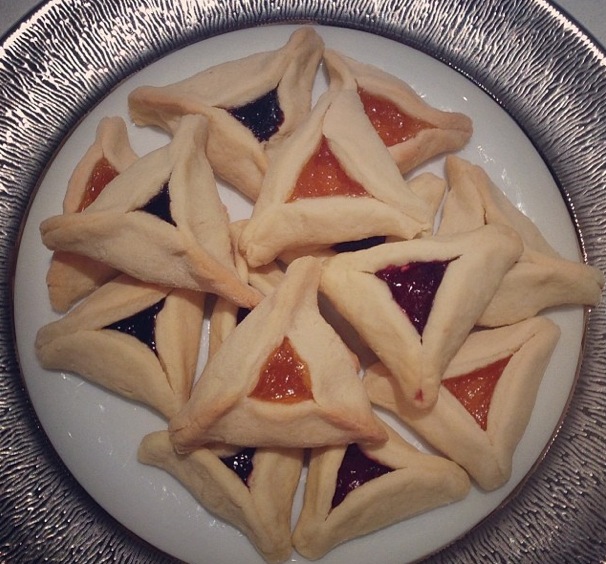 Hamantashen is a triangular shaped sweet pastry that is traditionally served during Purim festivities. Here, bob_appesweet displays an array of apricot, prune, and raspberry filled desserts. 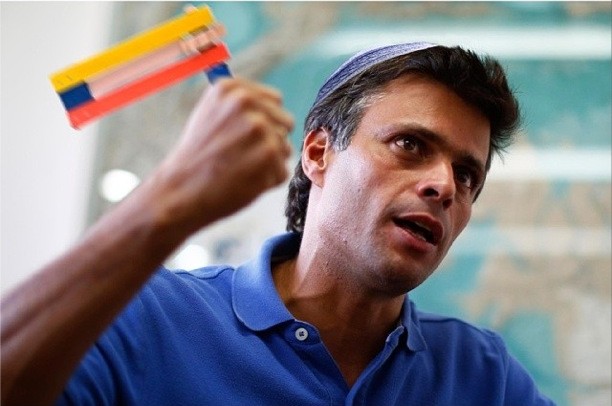 People using graggers, or noisemakers, to create a lively celebration is also tradition during Purim celebrations. Here, korfito shows a Venezuelan man getting into the spirit. 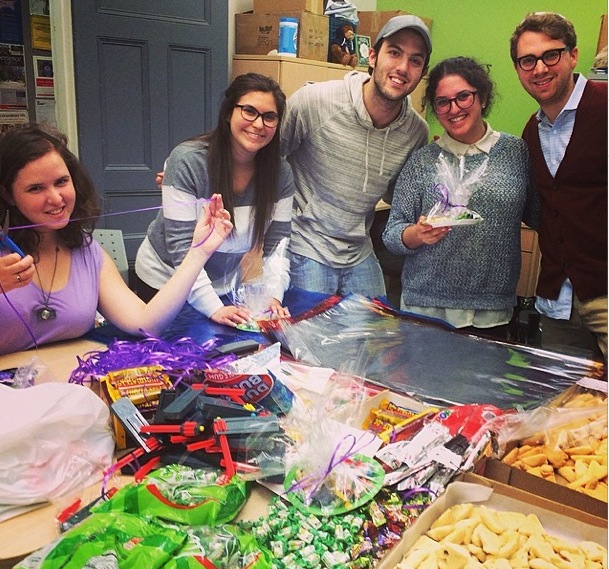 Another Purim tradition is known as mishloach manot (meaning “sending of portions”), where friends and family create gift baskets filled with food, drinks, and other trinkets to gift each other. hillelmontreal shows a group of people compiling a whole bunch of gift baskets to be given out at Purim. 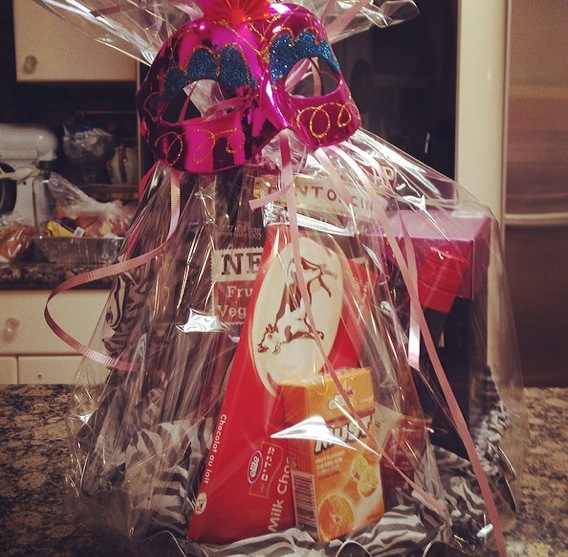 A finished mischloach manot ready to be gifted, courtesy of mischloachmanot.

Holi, also known as the “Festival of Colors” is a holiday with Indian Hindu roots that celebrates the start of spring with bonfires, food and drink, and the tradition of throwing colorful powdered dye at everyone in the streets celebrating.

The name “Holi” originates from the name Holika, an evil sister of Hiranyakashipu. Celebrations of Holi begin the night before, after sunset, where a bonfire is lit to signify a story of Holika being burned in a pyre, which also symbolizes good prevailing over evil. This is called Holika Dahan. 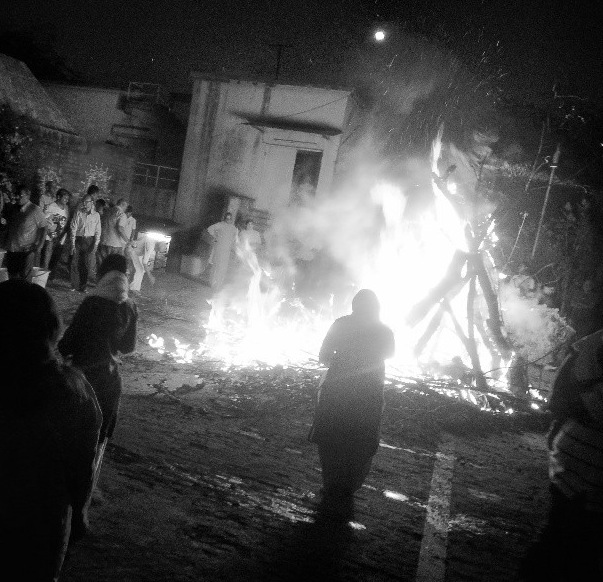 lull_a_bygones captures a Holika Dahan bonfire the night before Holi in 2013.

The act of throwing colorful powdered dye and water on partygoers is what is most associated with Holi. Many people flock to the streets and playfully attack one another with handfuls of vibrantly colored powder. This act symbolizes the joy and celebration of a new year. 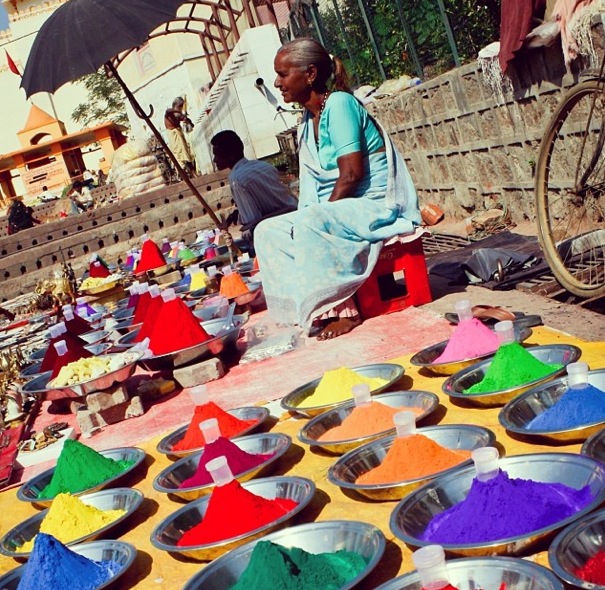 kalyanatextiles gives us a sampling of all the beautiful powdered dyes available for Holi celebrators. 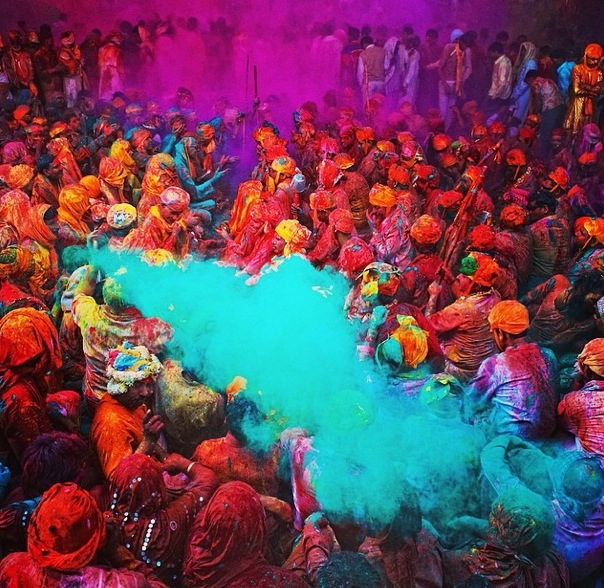 poraschaudhary captures this stunning moment of celebrators throwing dye on each other in the streets. 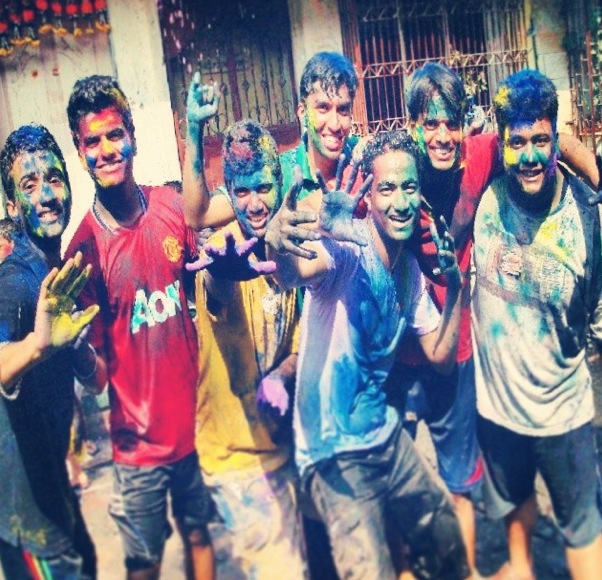 A group of men proudly display the aftermath of a Holi celebration, courtesy of gunjanmishra20. 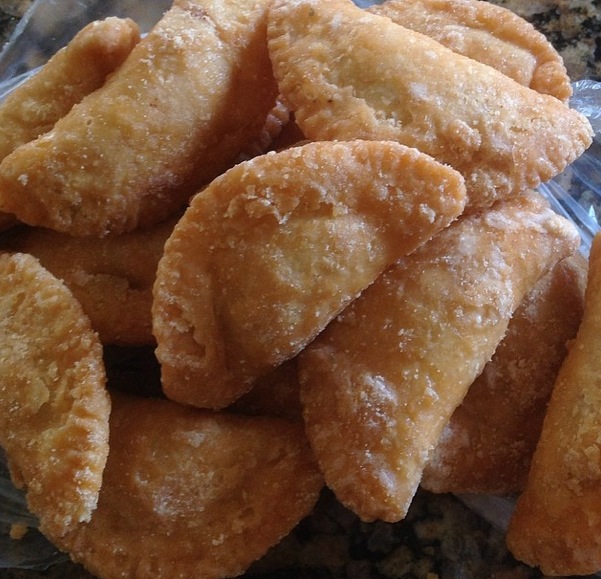 Gujiya, a sweet pastry, is traditional fare consumed during Holi celebrations. tanujastolidcmd gives us a close-up look of these sugary treats.

Out of the three holidays that occured on March 17, St. Patrick’s Day is the most recognized and celebrated in the Western world. The holiday commemorates the day patron saint of Ireland, Saint Patrick died. While many tourists flock to Ireland to celebrate, there were plenty of St. Patrick’s Day festivities occurring all over the world. 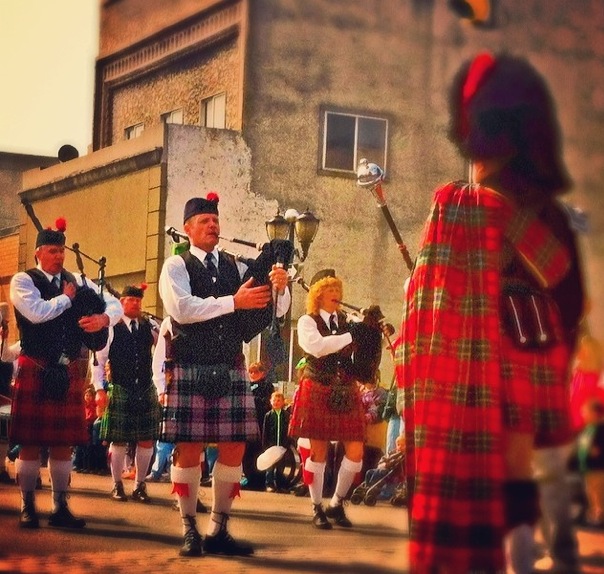 One of the biggest ways to celebrate St. Patrick’s Day is a parade. People line the streets to listen and to watch traditional Irish music and dancers. mighty_fine_cereal_flakes shows us a group of bagpipe players in traditional Irish dress during a parade. 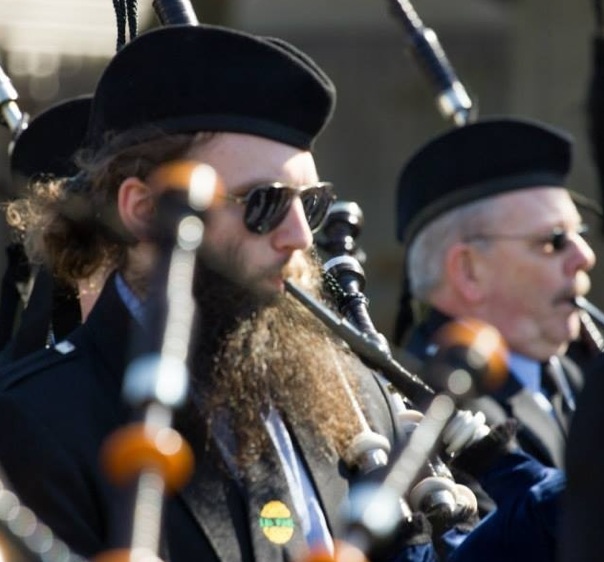 chrisburger72 gives us this close-up of a bagpipe player on a sunny St. Patrick’s Day.

Regardless of whether they have Irish roots or not, it seems that most people love to participate in the festivities… 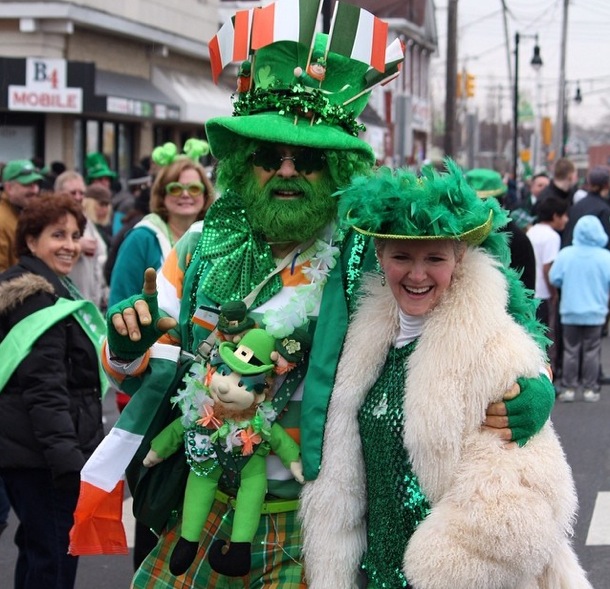 Two festivalgoers get into the St. Patrick’s Day spirit by dressing completely in green. Courtesy of moneymuns. 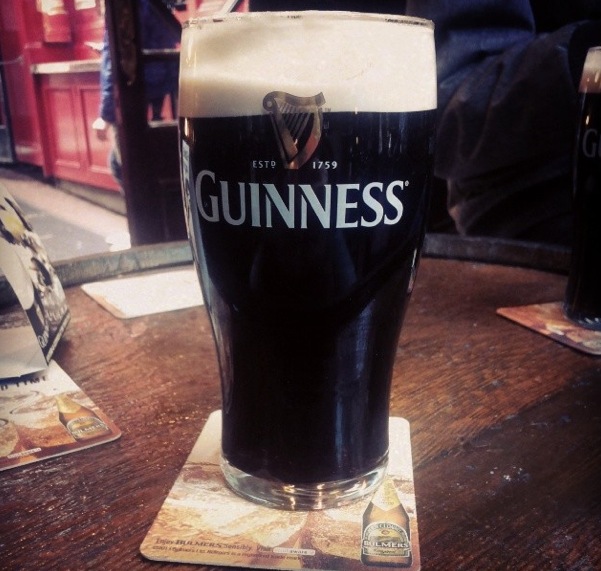 Copious amounts of drinking is part of the deal on St. Patrick’s Day, and what’s better to drink on this day than a pint of Guinness, Ireland’s most famous beer? amanda_settimo shows us a perfect pint of Guinness, taken at Dublin’s famous Temple Bar. 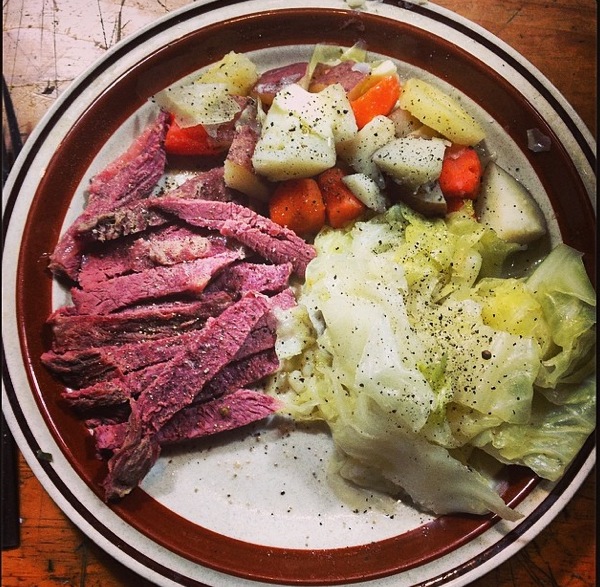 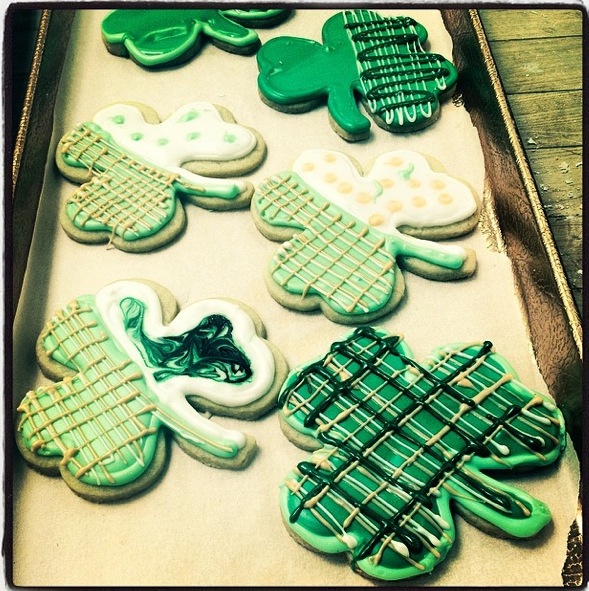 Shamrocks are bound to be found everywhere during St. Patrick’s Day’s celebrations. Here, they take the form of cookies – Yumo! Courtesy of yasmeann. 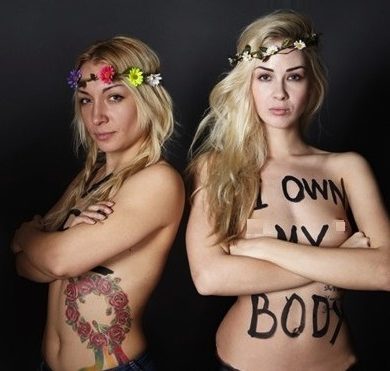