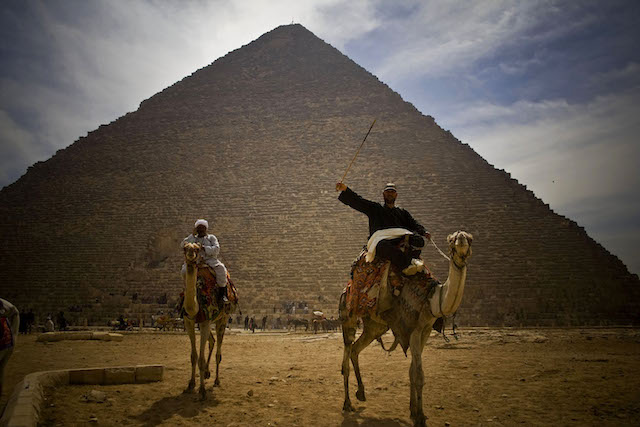 As culturally fertile as it is politically fraught, Egypt is a country that requires deep, nuanced exploration in order to even begin to understand its heart. When I visited Cairo and South Sinai for several months in early 2013, I wasn’t prepared for the kind of emotional impact the people and my experiences would leave on me.

One of the aspects of the city that initially fueled my fascination is its burgeoning art scene. Particularly in Cairo, Egyptian artists have chosen, with fervent passion, to throw their frustrations, anger, and everything else they’re feeling into public displays of creative expression. Art galleries put on installations featuring timelines of the events that have occurred since the original revolution first took place on January 25th, 2011. Initially instigated by Twitter, the first riots provoked the government to shut down most of the country’s Internet access. 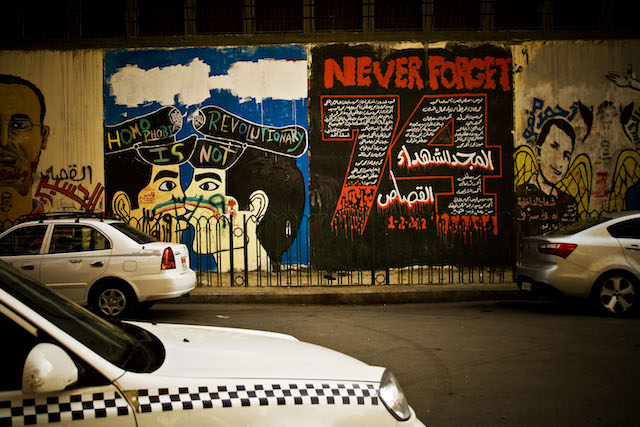 Prior to the outcries that began on that fateful date, the urban spaces of Cairo were blank, without any signs of artistic life; it was only after these preliminary clashes arose that graffiti began appearing in politically-rife areas such as Mohamed Mahmoud Street and Tahrir Square.  Since then, the city’s streets have become known for their passionate street art, as veritable public galleries line the roads.

Not only did the concrete walls become fresh canvases upon which to present pent-up emotions, but they also serve as historical timelines. Depictions of otherwise little-known tragedies are memorialized in bright paint, acknowledging and honoring the memory of all those who suffered loss. Many heartbreaking events occur throughout the country that few people outside the immediate situation will ever hear about, if not for these artworks.

For example, in February 2012, seventy-four football fans were “killed during a game between the leading teams of Egypt, Al Ahly Kairo and Al-Masry [where] the state police watched without interfering, and even egged the rivaling teams on beforehand and inside the stadium so that the clashes became extremely violent.” The graffiti piece entitled, “Never forget 74, ” by artist Jacine Mansar, acts as a tribute to those souls who needlessly died that day. 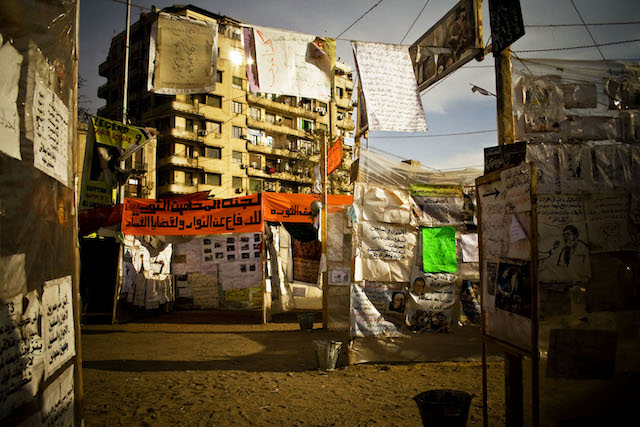 While not always a place of battle, Tahrir Square seems imbued with a perpetual air of tension; frustration seeping from the grassy field that bares the weight of the many fallen bodies it has unquestioningly supported over the past several years. And this past July, the city’s central meeting point once again became a site for bloody clashes.

Merely four months earlier, the weathered square was illuminated by a quieter, more reflective light: a makeshift, maze-like display consisting of posters, signs, and mementos from the recent discord of years past had been resurrected, expressing the feelings and realities so deeply embedded in daily existence here. This haphazard installation, a public art piece in its own authentic right, spoke volumes about the peoples’ determination and personal stake in this seemingly endless battle. 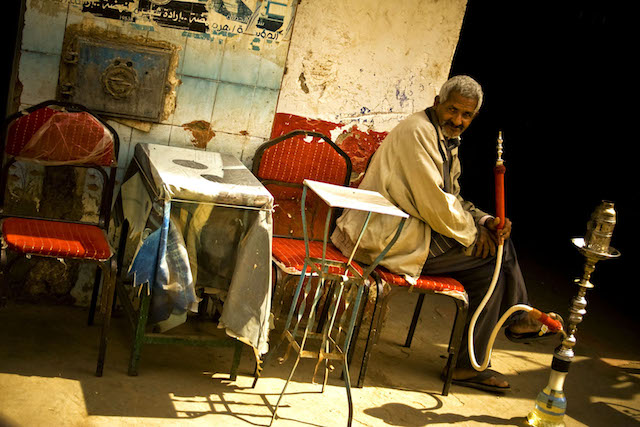 There has been much discussion about the consequences that have transpired from the persistent conflict. While it has inevitably caused severe dips in tourism, the political drama has also shined a light on the rampant sexual harassment plaguing the country. Both foreigners and local women alike are severely affected by this epidemic that shows no signs of slowing. Though there has been a significant increase in women who are willing to courageously protest this relentless abuse, it will take a shift in cultural norms and traditions before change can occur. 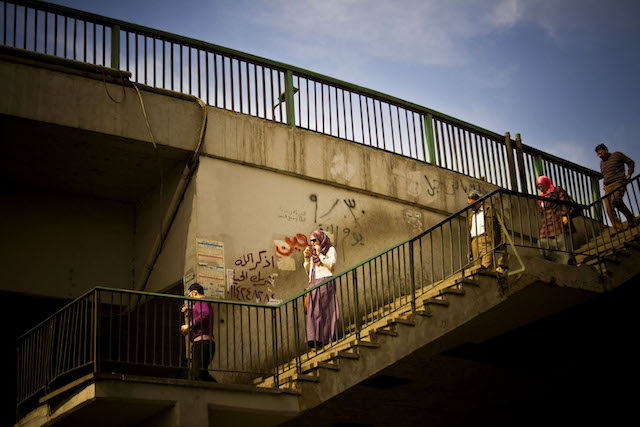 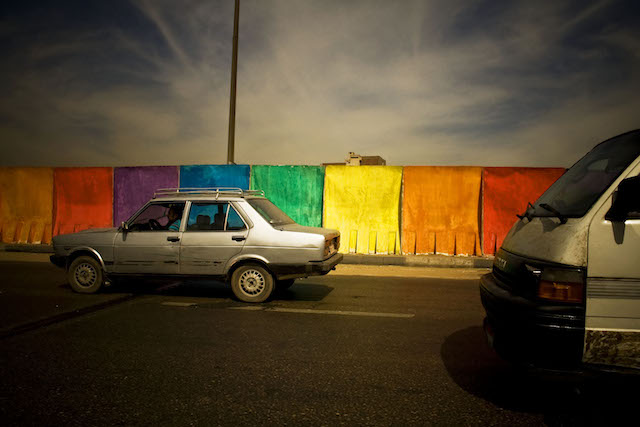 Viewing the historic Pyramids under the tint of a country under strain proved the economic news reports true: tourism was suffering; the people who relied on its success for financial security were suffering; and the deserted desert space of otherworldly Giza had become an amalgamation of desolation and uncertainty. Unsure of which would emerge the victor, these architectural feats of epic proportion nonetheless stand tall, harkening back to the glory days of eras gone by. Despite all odds, the Egyptian culture is still overflowing with creativity and innovation; they’re simply manifesting in ways a propos to the current situation. 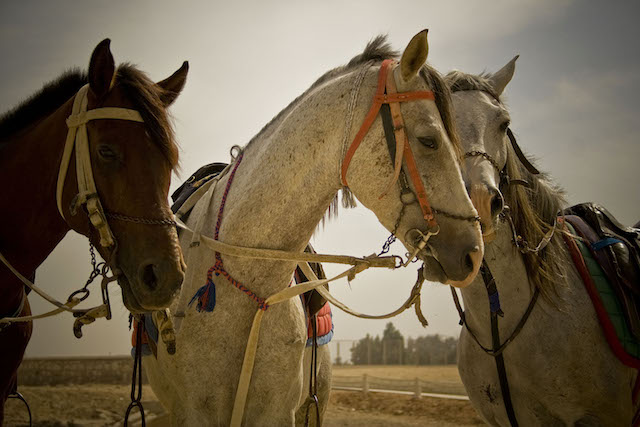 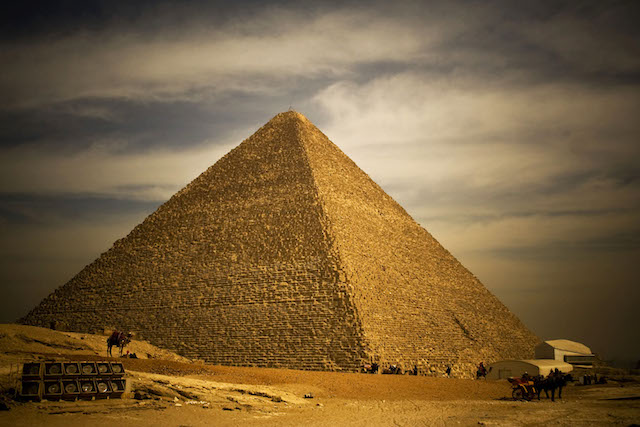 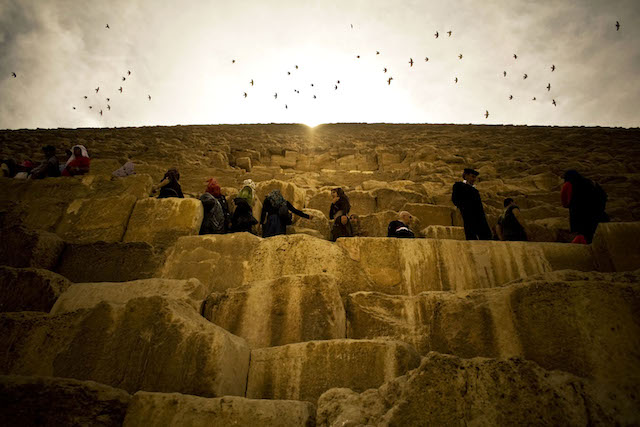 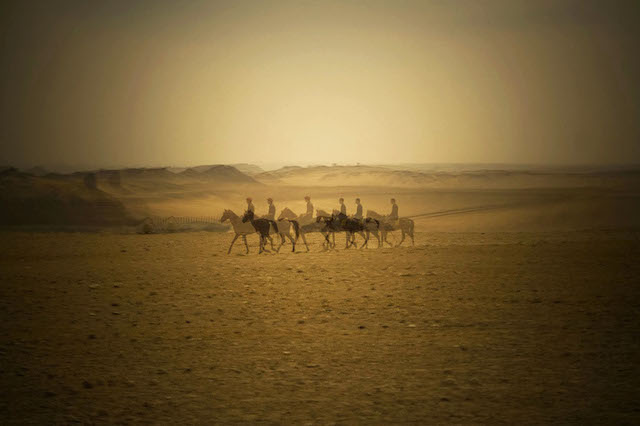 Taking a stand is rarely — if ever — comfortable, or easy. And yet it is a task that many of the Egyptian people have embraced with no holds barred. For better or for worse, watching their multifaceted story unfold is as much a call to action as it is a glimpse of what true courage looks like. 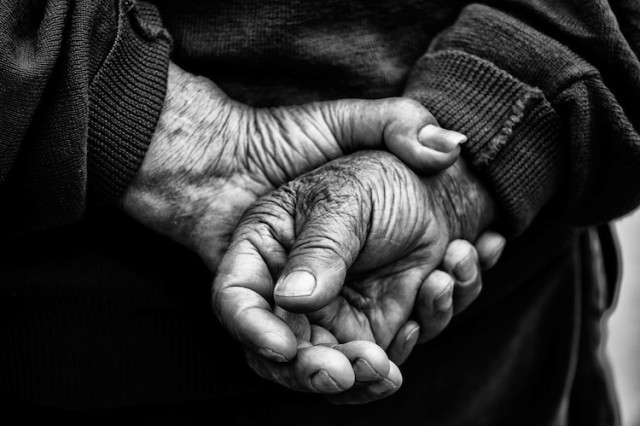