Across the world, 1.6 billion women rely on farming as a means of survival. In many cases, they are the sole providers of food for their families, yet cultural biases and a lack of resources, education and financial means have prevented most from rising out of poverty.

According to a report released by the United Nations, women produce 50 percent of the food in rural areas yet only receive one percent of the profits. Research has proven that women are more likely than men to use money they earn to provide food and other necessities for their families. Closing the gender gap by empowering women with the skills and resources necessary to purchase land and increase yields could potentially lift 150 million people out of poverty.

With approximately 43 percent of agriculture supported by women (it is estimated that up to 80 percent of farmers in Africa and 60 percent in Asia are women) more and more programs and resources are popping up to help sustain and improve their livelihood. Convergence between farmer and buyer, and access to lines of credit, fertilizer and transportation all play a large role in supporting the mission to end world hunger.

In a recent article, the Christian Science Monitor explores several programs that are helping women farmers get on their feet. Concepts, such as vertical farming, which have traditionally been used to provide people living in urban areas the opportunity to render  gardens using alternative methods are a practical solution for women farmers living in rural communities who do not have the means or rights to own land.

The Food, Agriculture & Natural Resources Policy Analysis Network’s (FANRPAN) WARM Project provides venues for women to voice their opinions on agricultural policies. Men traditionally influence policy, so these gatherings, which are held at FANRPAN theaters in Malawi and Mozambique (the organization is planning to expand to others areas of Africa as well), offer women a chance to brainstorm ideas and collaborate on improving their access to resources vital to growing a business.

The Self-Employed Women’s Association (SEWA) and The Women’s Collective are organizations that assist women in developing countries with obtaining equipment and licenses to land while empowering them through cooperatives, self-help groups, and agricultural programs. The Women’s Collective focuses particularly on protecting women in India against domestic and sexual abuse while providing education about natural farming techniques that will ultimately increase yields and ensure water and food security.

Collectively, women farmers have smaller yields than men. This is mostly attributed to women having limited access to high-quality seeds. The GREEN Foundation partners with other NGOs to provide seed banks for women in India’s Karnataka state. The seed banks provide women farmers with primarily organic seeds which are known to yield profitable crops. The foundation also runs a gardening project, which “improves women small-scale farmers’ food security and economic status, involves training women in agricultural methods and encouraging them to grow a variety of fruits, vegetables, and medicinal plants for their families.”

The 9 Best Jobs for Women

The future for women farmers is looking brighter as the global community begins to grasp the importance of their role in the agricultural industry. Empowering women with the same resources and wages that are available to men may ultimately save mankind from a creeping food crisis that is threatening our ability to feed the world’s rapidly growing population. 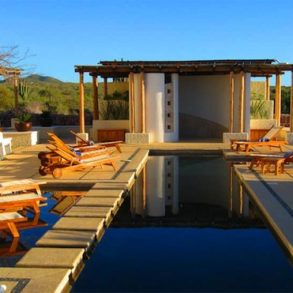