As I prepare for my morning commute to work, I’m reading numerous articles about November 17 — Occupy Wall Street’s “Day of Action.” Every article, tweet, and newscast mentions Occupy Wall Street “shutting down the stock exchange”, and occupying subways and bridges across the country. While that may draw the attention of the media, I’m having issues understanding what these actions will actually accomplish. Shutting down the stock exchange will be potentially detrimental to the economy, and occupying the subways and bridges will create chaos for hundreds of thousands of commuters, many of them of the middle-class. And let’s get real, CEO’s who are most often escorted by private car, will not bear the brunt of the protests, in fact, they probably won’t even notice the commotion until they sit down to read the several newspapers that have been laid out by an assistant.

Although the Wall Street “Fat Cats” were vilified as greedy bankers that took down our economy, there is another piece of this problem that has been greatly ignored: Washington. That’s not to say that the protesters aren’t focused on Washington, because they are, they’re just not executing their message in a way that speaks volumes to Congress.

OWS needs to fight for campaign finance reform and put immense pressure on Congress to eliminate the “I’ll scratch yours, if you scratch mine” special interest lobbyists from Washington. This will set a new playing field for the multinational corporations who have grown accustomed to running the show on Capitol Hill. 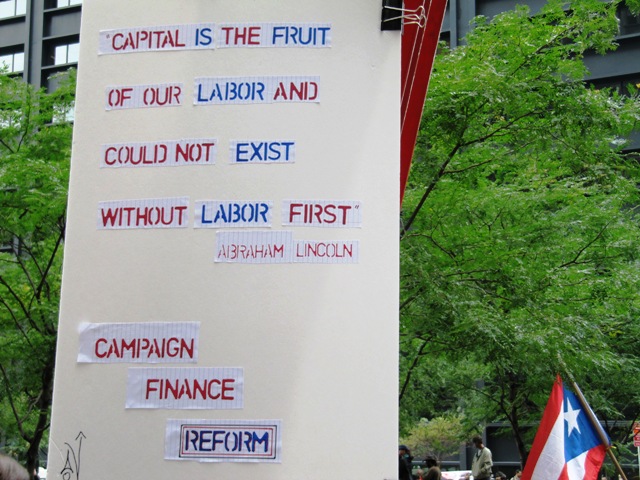 So, instead of doing nothing substantive besides causing a major disruption tomorrow, wouldn’t it be more prudent to steer the entire OWS movement towards Washington?  Focus the movement, get a permit and protest for change, real change, change that matters and removes the incentives for corruption in our system.

For example, why isn’t OWS in the ears and in the offices of politicians who are currently allowed to engage in insider trading? The fact that government officials are legally allowed to use privy information when making an investment, is absurd. If anyone on Wall Street engaged in that sort of action — from a back-office analyst to a front-office trader — that employee would be prosecuted.

For Women in Saudi Arabia, Change Comes at an Unhurried Pace

I hope the cause continues to move forward in a non-violent manner and develops a stronger presence in Washington.  Americans are craving a panacea for our very sick political system and this movement has the clout to push for a cure.  With elections right around the corner, the time to put a serious contender out there is now.

So, we’ll all wait to see what today’s protests bring. Hopefully, our next article on Occupy Wall Street won’t have to recount what was done wrong, but, instead revel in a movement that has found solidarity, and has made its home in Washington. 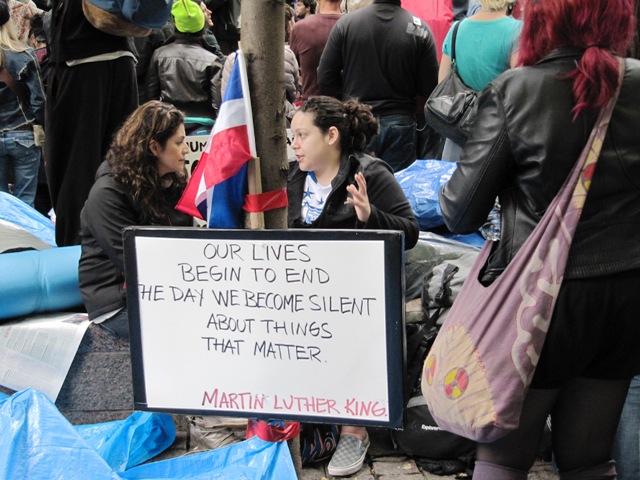 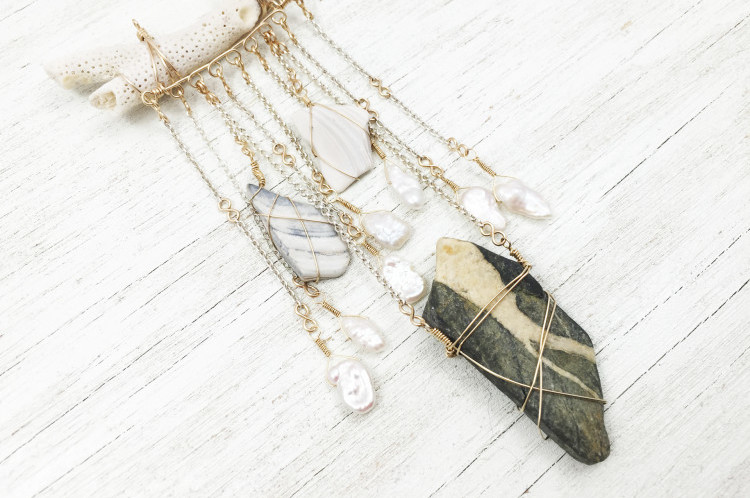