The 99 Percent: A Wall Street Employee’s Quest to Understand the Occupy Wall Street Movement – Part I I will admit it. I spent the first two weeks following the protest’s inception walking by Zuccotti park each weekday morning thinking “who are these people, why are they getting in the way of my commute, what are they complaining about, and why don’t they get a job? Freeloaders, taking my tax dollars and spending their unemployment disrupting my commute and wasting everyone’s time.”

I spent my evening walk past Zuccotti park gazing with harsh eyes as an eruption of pissed off thoughts flew through my mind  — “look at these idiots, sleeping here, they’re all going to freeze, get sick and we’re going to have to foot their medical bills. They’re getting arrested and probably rightfully so. Now I have to keep my guard up for terrorists AND hippies. Awesome.”

Realizing that my thoughts may be a bit biased and influenced by being in overdrive at the office, I decided to do some homework.  So after two weeks of just walking by the protests, I took some time to read about what was going on. Interestingly, I didn’t find out much. Most articles seemed to give generic information that focused more on the chaos the protesters had created rather than the substance behind the movement. For example, I couldn’t figure out what was actually being protested. I figured Wall Street, but what about Wall Street? Was the protest targeting the very concept of Wall Street and all its employees, or was it just looking to blast the “fat-cat CEO’s”? I wanted to find out, so I decided I’d spend a few of my lunch hours as an Occupy Wall Street protester. 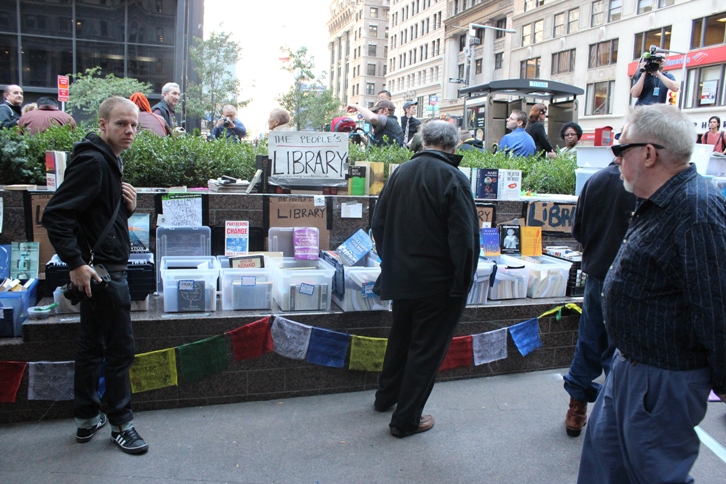 Day 1-
I spent my first lunch hour full of optimism and it turned out quite well. I met with five protesters and a chihuahua.

My first discussion was with John, a twenty-something-year-old from New Jersey. He had joined the effort last Saturday — easily one of the most controversial days thus far — when Occupy Wall Street took possession of the Brooklyn Bridge. Although John hadn’t been here very long, his interactions with fellow protesters and his understanding of the movement would have led any onlooker to believe that he had been there from the start. Well-spoken and holding a pleasant demeanor, John tried to explain to me what was going on around us. There was a library, an info booth (where a general assembly takes place each morning and evening), food stations (where he offered me lunch), emergency services and a “hospitality” station (where those who have made the decision to stay put can grab a sleeping bag and tarp to keep warm during the cold fall nights ). At least one supporter courteously manned each station, offering service to the task at hand. There was a pleasant sense of community among, well, everyone, and the hundreds of people stuffed into a chicken coup-like space were oddly organized.

I asked John the same question that has been the subject of concern since the onset of the movement:  How exactly do things function without a leader? John explained that the foundation of Occupy Wall Street was built on a “direct democracy” concept. He went on to say: “We discuss the issues and vote on actions to raise awareness at our general assembly meetings. If someone disagrees,  a non-verbal signal is used to show his/her discontent with the action.” John demonstrated the pose –shaping his body into a human shield — arms crossed at the forearm with elbows bent and a rigid stance.  Although this can be a long and laborious process, it’s the very reason why he’s supporting the movement. 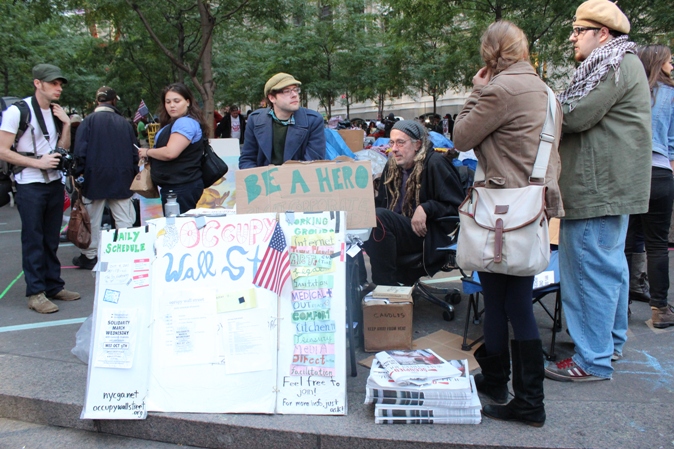 “I wouldn’t be here if we didn’t have a direct democracy, it gives every person a voice. We come from different backgrounds and with different points of view and its an opportunity to unify everyone to support the day’s agenda.”
I continued the conversation by asking John why he was there and what he planned to achieve. He didn’t need to think about it. Eager to explain the movement from his perspective, he gave me a list of reasons varying from being upset with the current state of our economy, to wanting to change the laws that allow lobbyists to influence the decisions of policy makers, to fixing the tax system (he described it as “unfair” in the way it caters to the wealthiest one percent).

Deciding on what should be achieved as a collective group was not as easy to answer. For John, and most other folks, the one message that seemed to ring clear was that  our government is not doing right by its people and that some kind of new, unified system where people really have a voice needs to evolve.

Intrigued to learn more, I thanked John for his time and found some other protesters to speak with. 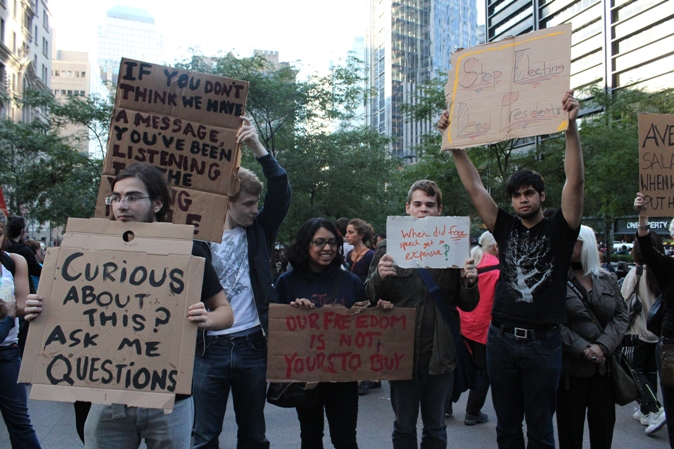 I stumbled upon a group of three college-age students making signs out of cardboard while sitting cross-legged with a small chihuahua. I introduced myself, and was greeted with smiles and an offering to join their circle. The conversation began with a young man named Dan who explained that he and his two friends joined the protests early on because they were fed up with the increasing gap between rich and poor. As a college student, who was putting himself through school, Dan made $6,000 annually, working side jobs, and after taxes were  taken out he barely had enough money to survive.  He became disillusioned and disgusted with the current tax system after reading an article stating that the mega-company GE was not only given a pass on taxes, but also received a credit last year.

The girl to his left was nodding in agreement, “I was kicked out of college because I couldn’t afford $1,200 in tuition. How do I get a job if I can’t afford to finish school?” She went on to explain that if she wasn’t protesting she’d likely be homeless right now since she hasn’t been able to get a job. Being there brought a sense of community and gave her a voice for the first time in her life. She became a supporter of the direct democracy model overnight.

My last interview of the day was with a college senior who spent his time in between classes at Zuccotti park. “Unfortunately our government — no — the system as a whole has failed us. We need to do something about it. I come from a lower-middle class family and it’s been terrible, we’re taxed more than the rich (insert GE comment again) and we’re struggling to afford to live in NYC.” He continued to discuss tax reform and issues with lobbyists: “Did you know that a majority of the ten largest contributors to McCain’s campaign were also the majority of the ten largest to Obama’s? Just crazy.”

So what did he want as a result of the protests? Dialogue. An opportunity to provide people with a voice and weigh in on the decisions that are made for our country. “Look around; this is beautiful. People who don’t know each other, who come from different backgrounds, who have vastly different political beliefs are working together peacefully and enjoying a true sense of community. This is the real thing. It’s powerful… I’ll be here for as long as it takes.” …Stay tuned for Part II where I continue to delve deeper into this evolving movement as it continues to sprout from Zuccotti park and spread throughout our country. 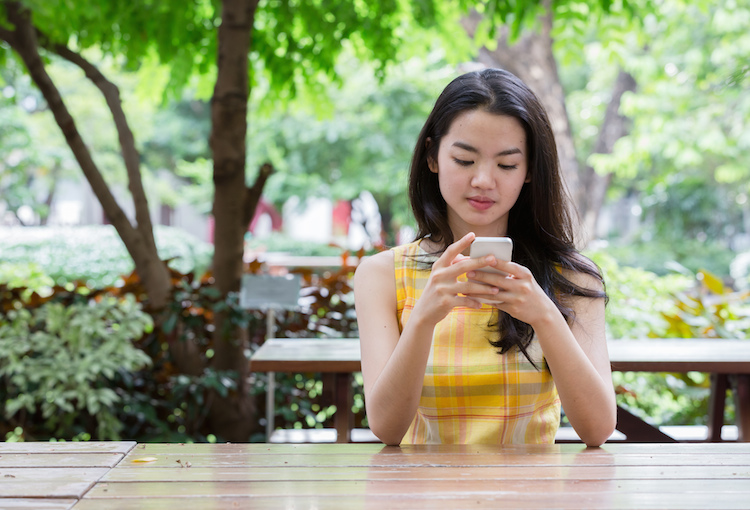