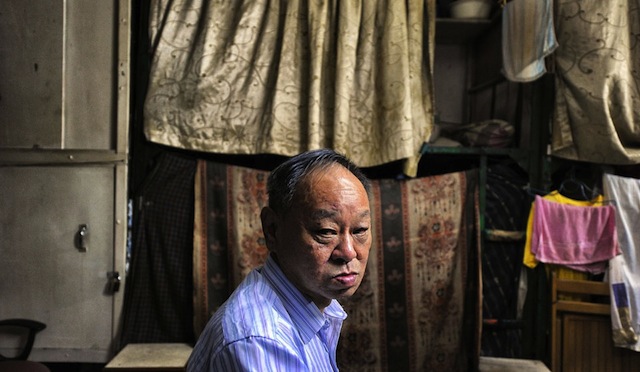 The Price of Shame: An Unthinkable Way of Life in Hong Kong 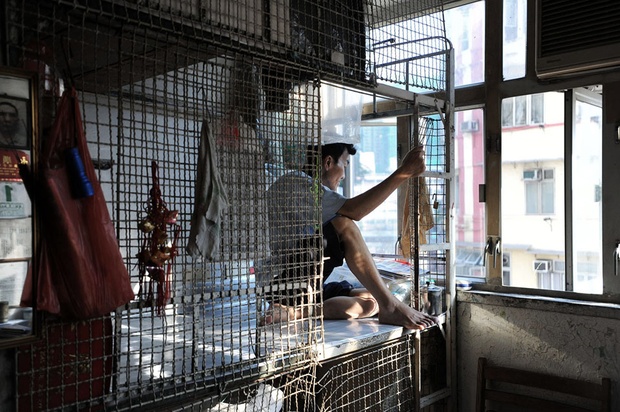 Hong Kong 24 June 2013 ““ Ask people to think of Hong Kong and they’ll probably conjure up an image of the skyline, the high-end shopping or the nightly “˜symphony of lights’ show that Hong Kong is famous for.  But many do not realise that Hong Kong is a land of extremes. Famed for its wealth and luxurious lifestyle, it also has one of the largest gaps between the rich and the poor of any developed economy.

Hong Kong ranks amongst the top 10 cities in the world for both the highest number of millionaires and billionaires (US$) and proudly boasts of one of the world’s freest economies and has one of the lowest taxation regimes. It’s a mecca to luxury, but according to Hong Kong’s Council of Social Services, one in five people here is living below the poverty line, unable to meet basic nutritional requirements.

This means, according to the Council of Social Services, that 20% of people have less than $3,275 (app. US$422) per month to pay for basic necessities including rent and food.  The CSS also said the number of people living below the poverty line has increased over the last decade, with the most vulnerable groups being children and the elderly. According to the CSS, one in four children do not get three nutritious meals a day. The incidence increases to one in three in the elderly.

The elderly are the most vulnerable group in society, according to Woping Wong, a community liaison officer at the Council of Social Services.  “The social security safety net is too narrow, only addressing people deep in poverty,” he said. “For those that are borderline and don’t qualify there is no other scheme [of assistance].” 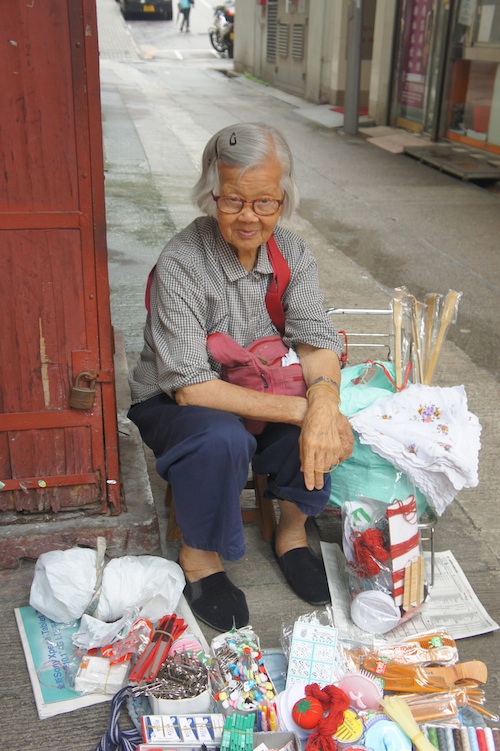 Although the implementation of minimum wage legislation in 2011 made some impact, Wong says the current minimum of $30 (app. US$3.86) an hour is too low to make a significant difference in people’s lives.

Wong said many of the elderly do not apply for the government’s social security assistance scheme, which is intended to alleviate the most profound cases of poverty, even if they are eligible. This is because the government assumes a family will look after elderly members. The family has to officially confirm they won’t provide support before the elderly person can claim the allowance.

“They don’t want to apply to the government (due to) humiliation, as they don’t want to be (poor), and also the son or daughter has to sign a document to say they don’t give money,” which, he says, contributes to the family’s embarrassment.

Many of the elderly try to supplement their income by street cleaning and garbage picking instead of claiming the assistance, Wong said. And these scavengers are just one of many groups falling through the social security net, according to Action Care, a charitable organisation providing food, welfare and emotional support to the poor and homeless in Hong Kong since 2008. 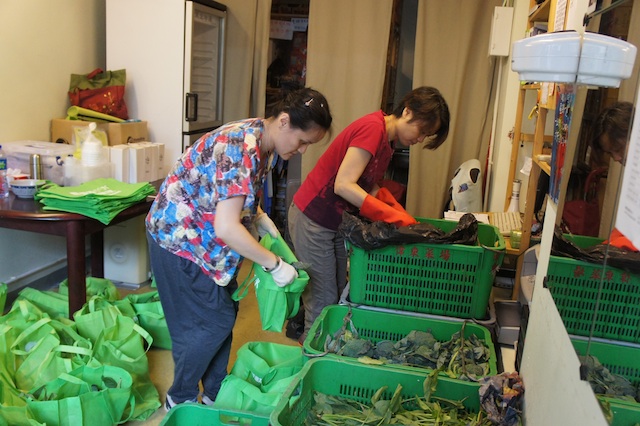 There are many reasons why people fall into the poverty trap, according to Jessica Chan, Development Officer at Action Care. In addition to problems associated with old age, issues such as substance abuse, gambling and domestic violence can result in loss of income and, in the worst cases, may lead to homelessness. Many are left with no other choice but to reside in micro living spaces such as cage homes, “˜coffin homes’, or rooftop shantytowns, which were originally devised by unscrupulous Hong Kong landlords to profit from the squeeze.

Action Care seeks to provide regular contact and build a relationship with the vulnerable through its many outreach programs: from food distribution to home visits and child study groups. By establishing a relationship of trust, it hopes to offer practical and emotional support to those in need.

It’s a small organisation ““ only five full-time staff – that relies on the work of volunteers and donations of food, clothing and financial support from the local community. Farmers and local food banks donate meat and fresh vegetables, which are then packed and distributed on a twice-weekly basis. Its main source of funding is through the local Baptist church.   “Action Care can only do a little bit but if everyone does a little bit, we can tackle poverty together,” said Chan.

“In Hong Kong, there is not much public awareness of poverty,” she said. “We are one of a only few organisations and our reach is quite small. We need to raise awareness of the issue and increase our volunteer base, as there are many more in need that we cannot get to at the moment.”