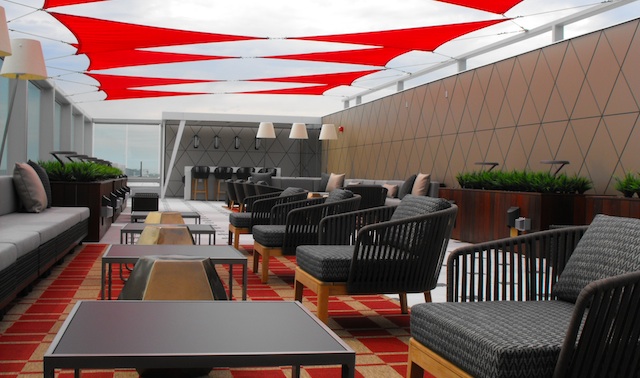 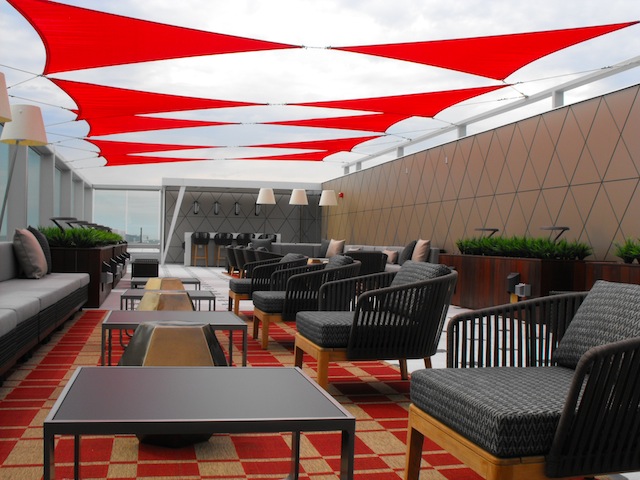 When Delta Air Lines set out to build a brand new extension on to New York’s John F. Kennedy International Airport’s Terminal 4, they wanted something that would stand out. Not only would the airline decide to build the largest Delta Sky Club to date, they also wanted to do something daring; they wanted to give passengers the opportunity to go outside.

With the premiere of Delta’s brand new concourse on May 24, 2013 comes a unique gem in the airport arena. During an exclusive press preview, designer Thom Filicia said this daring project would “communicate that in a post 9/11 world, the power is back on the side of the airlines.” The roof of Terminal 4’s Concourse B would hold the first-ever Sky Deck at Delta Sky Club. 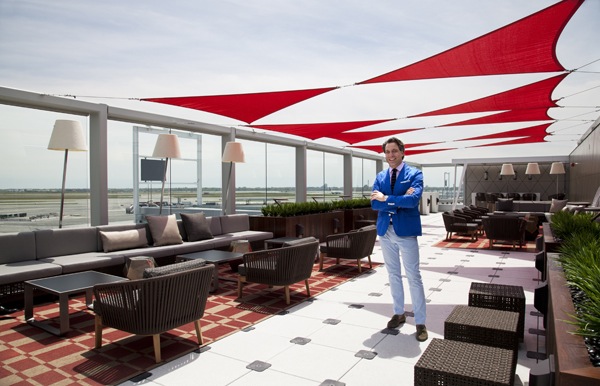 Designed to look like an inviting indoor space placed outdoors, this modern, airy outdoor lounge draws you in as soon you step out of the walls of the Sky Club. Here, passengers can unwind from the stress of air travel, catch a breath or two of fresh air and soak in some sun. You can relax outdoors, charge your electronic devices and chat with friends, all while watching the planes go by. 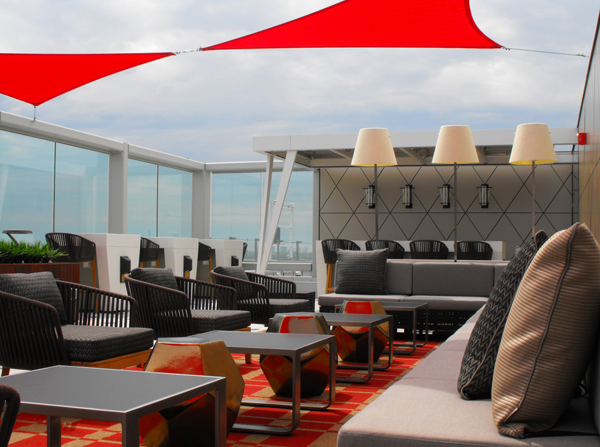 “I wanted to create an open space,” Filicia says, one that is broken up so it does not “feel like a run-on sentence.” And indeed the designer has succeeded in creating a space that packs a visual punch and draws passengers outside, offering them a whole host of different options in which they can relax. Chairs, couches, stools and even a small bar area (no libations served) make this a welcoming environment that is ideal for spotting the tails of all the foreign carriers that use Kennedy Airport. 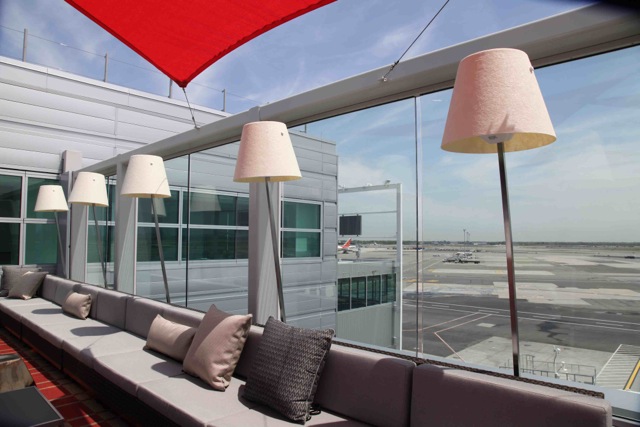 Filicia, who worked with Architectural Digest on the design, has brought together a world that is very different from the one you find inside the Sky Lounge. Here, the sleek barstools and lounge chairs, chosen from the Janus et cie MOOD collection, maintain a casual, breezy feel, and patterned carpets cover the geometrically shaped floor, complementing the look. The wall opposite the airfield is adorned with circular mirrors, inspired by the windows found on airplanes. “I wanted to disguise the annoying elements of air travel,” Filicia says, about his inspiration to design the rooftop terrace. 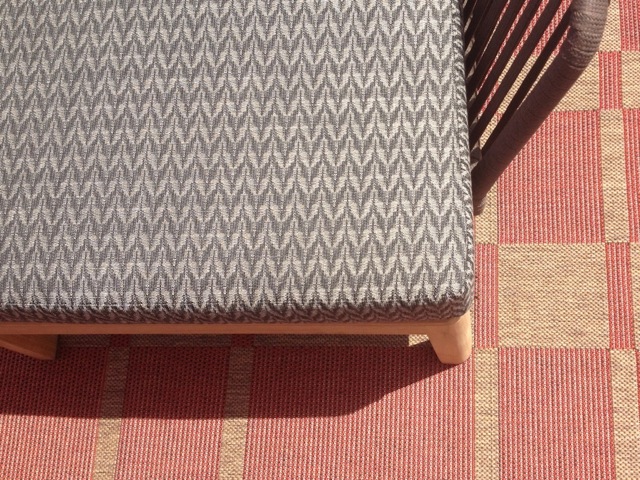 17 Coffee Shops Around the Globe That Guarantee a Rush

Designing for an outdoor space provided unique challenges that Filicia and his team had to tackle. Everything from the fire and weather proofing of the furniture to the placement of the lights had to be considered, so as to not distract the pilots as they parked at the gates. The mirrors that line the wall are made of stainless steel instead of glass to help with longevity. And the plush pillows had to be tacked down. The beauty of the design though is that all of these elements are well hidden, just like the storage containers that cleverly look like planters, concealing the low-profile lighting fixtures and adding a polished look. 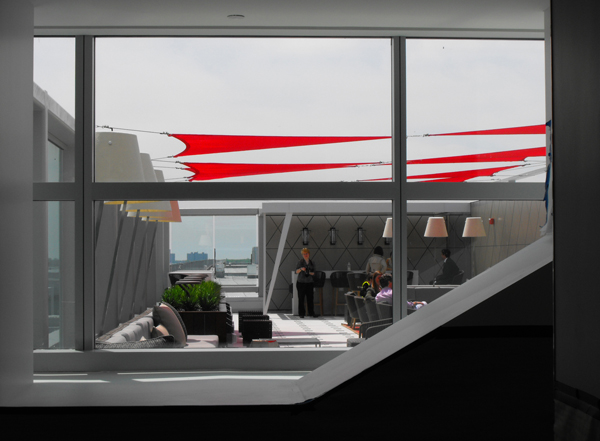 Delta is currently planning a Sky Deck for Concourse F at Atlanta’s Hartsfield-Jackson Airport, which is due to open June 10, 2013. So the next time you find yourself in one of these Sky Clubs, why not shake of the stress of travel by unwinding on the rooftop terrace as you watch the planes soar by?

A world traveler since age 4, Aaron is on a hunt for unlikely places and ultimate experiences. When he’s not blissfully on the road, he resides in New York City and blogs about his travels at Aaron’s Worldwide Adventures.