Danielle Nierenberg and Ellen Gustafson, co-founders of Food Tank: The Food Think Tank compiled a list of powerful TED Talks that are helping to save our global food system. The range of topics vary from obesity and hunger to urban gardening to the way food is marketed to children.
We realize it’s a long list, but consider choosing these videos over the crappy reality shows that rot what’s left of the functioning cells in your brain after a long day at the office. Before you know it, you’ll be wishing there were a few more to peruse.

1. Roger Thurow: The Hungry Farmer – My Moment of Great Disruption

Thurow, author of The Last Hunger Season: A Year in an African Farm Community on the Brink of Change, explains the profound “disease of the soul” that hunger represents, and how empowering smallholder farmers can bring long-term sustainable health and hope to the people of Africa.

2. Mark Bittman: What’s Wrong with What We Eat

Bittman, a food writer for The New York Times, examines how individual actions–namely food choices–contribute to both the detriment of the climate and long-term chronic health diseases. He suggests that we eat meat in moderation because agriculture is responsible for more greenhouse gas pollution than transportation.

Lappe, author of Diet for a Hot Planet: The Climate Crisis at the End of Your Fork and What You Can Do About It, questions whether multibillion dollar corporations should be marketing unhealthy foods to impressionable children, especially considering the numerous food-related health issues that are increasingly common among young people.

According to Food Tank co-founder Gustafson, the American food system has changed dramatically in the past 30 years; agriculture has been consolidated, new and cheap processed food have gained popularity, and U.S. agricultural aid abroad has decreased. These factors are major contributors to the current problem of one billion hungry and one billion overweight people on the planet.

Stuart laments how supermarkets, cafeterias, bakers, farmers, and other food producers are “literally hemorrhaging” food waste–the majority of which is fit for human consumption, but has been discarded because it is not aesthetically pleasing. He offers a radical solution: “freeganism,” a movement in which food that would normally be thrown away is eaten instead.

6. Brian Halweil: From New York to Africa: Why Food Is Saving the World

Halweil, publisher of Edible Manhattan, was on track to become a doctor until he realized that repairing the global food system could help to conserve people’s health and wellbeing more. Halweil believes that the local food movement is a truly powerful medicine.

7. Fred Kaufman The Measure of All Things

Kaufman, from the City University of New York’s Graduate School of Journalism, heralds the rise of a “Great Greenwash.” He further questions whether Wal-Mart and other corporations participating in the Sustainability Index are living up to their claims.

Redman, founder of the Campaign for Food Justice Now and long-time food activist, examines how the root causes of violence and public health concerns experienced by her community are strongly connected to the local food system, and are best addressed by making changes in that system.

9. Jose Andres: Creativity in Cooking Can Solve Our Biggest Challenges

Chef Andres highlights the power of cooking. He demonstrates how we can tackle obesity and hunger using our inherent creativity. He urges everyone to turn simple ideas into big solutions–something we’ve been doing for centuries. Creativity and cooking are what he claims can give us hope for feeding the world.

Celebrity chef Oliver has waged a revolution to combat the biggest killer in the U.S., diet-related disease, through food and cooking education. Using stories from his anti-obesity project in Huntington, WV, he shows how the power of information can defeat food ignorance and obesity.

Barber tells a humorous love story starting with every chef’s predicament: with the worldwide decline in fish populations, how are we going to keep fish on our menus? He is skeptical of the current trajectory of fish farms, and asks whether they are truly sustainable. But there is a solution ““ Barber tells of one farm in Spain utilizing a revolutionary, yet basic idea: ecological relationships.

Meat consumption and urbanism are rising hand-in-hand. Steel, an architect, explains how we got here by tracing how human settlements have fed themselves through time and, thus, shaped our cities. But in today’s cities, our relationship with food is misshapen–it is disconnected. Steel suggests an alternative to urban design in which we use food as a tool to reconnect and interconnect.

Cooper, the “renegade lunch lady,” wants us to get angry about what kids eat at school. She wants kids to eat healthy, sustainable food; but first, we all need to care why this should happen. In this talk, she tries to rally us around changing the financing, facilities, human resources, marketing, and food in the school lunchroom.

Finley plants vegetable gardens in South Central Los Angeles — in abandoned lots, traffic medians, and along the curbs in order to offer an alternative to fast food in a community where “the drive-thrus are killing more people than the drive-bys.” He explains how his community is desperate for nutritional food, and why he thinks urban gardening is the solution.

15. Tama Matsuoka Wong: How I Did Less and Ate Better, Thanks to Weeds

Wong describes the path she took to discover that weeds are not only nutrient-rich, environmentally sustainable foods, but can also be quite delicious. She abandoned her career as a corporate attorney to become a professional forager, eventually founding MeadowsandMore, an initiative that teaches people to take advantage of the food resources right in their backyards.

Most of Ritz’s students live at or below the poverty line, and/or live with disabilities. But through his Green Bronx Machine project, he has turned their lives around. By teaching them the business of installing edible walls and green roofs, he has empowered his students to make a real difference in their own lives, in their communities, and beyond.

Morelli, Italian information designer and World Economic Forum’s 2012 Young Global Leader nominee, helps consumers visualize the enormous expenditures of water that occur daily in the food system using graphic design. In this talk, she explains the concept of the “water footprint”–something that is hugely affected by simple diet choices.

Baehr, at just 11 years old at the time of this talk, presents the most glaring problems in our food system with the directness that, truly, only a child could do. He gives hope that future generations will really lead the charge in changing the food system: “Now a while back, I wanted to be an NFL football player. I decided that I’d rather be an organic farmer instead.”

Despite his “hippie” upbringing, Treehugger.com founder Hill is not a vegetarian. In this short talk, he explains his choice to become a weekday vegetarian, instead, and outlines the many benefits of choosing this lifestyle.

Salatin, the “lunatic farmer,” decries the modern farming practices that destroy necessary insects, create chemically engineered plants, and breed sick livestock, resulting in a “dead food system” based on a “mechanistic view of life.” He calls for a return to organic, natural farming and processing practices.

Gardening is a subversive activity. Food is a form of energy, but it’s also a form of power.” This sums up Doiron’s persuasive argument as to why everyone should undertake the project of a home garden, and control their own access to fresh, hyper-locally grown produce.

22. Britta Riley: A Garden in My Apartment

Riley struck out to plant a garden in her tiny New York City apartment, and ended up developing an environmentally sustainable window garden – that yielded delicious results. Riley describes her method as “R&DIY – Research and Develop It Yourself.”

Dawson has designed two environmentally sustainable London restaurants, Acorn House and Water House, that work toward eliminating waste entirely and using only clean energy. He explains how, by pursuing more projects such as these, the restaurant industry, “pretty much the most wasteful industry in the world,” can be reformed.

24. Ken Cook: Turning the Farm Bill into the Food Bill

Cook, President of the Environmental Working Group, explains how farm subsidies are being placed into the very wrong hands; specifically, those of farmers producing corn only for fuel. His talk is a call to change the federal incentive system that is directly threatening the food on our plates. 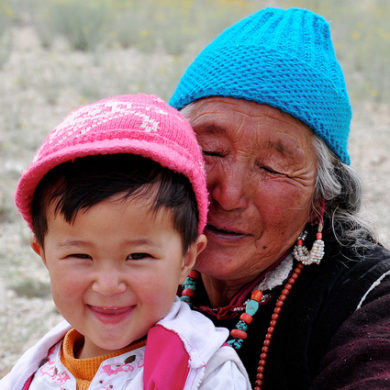