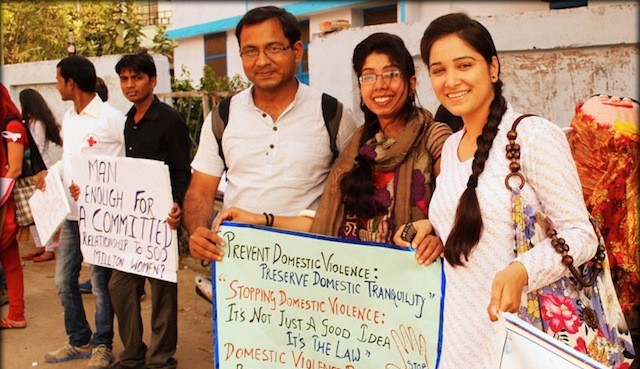 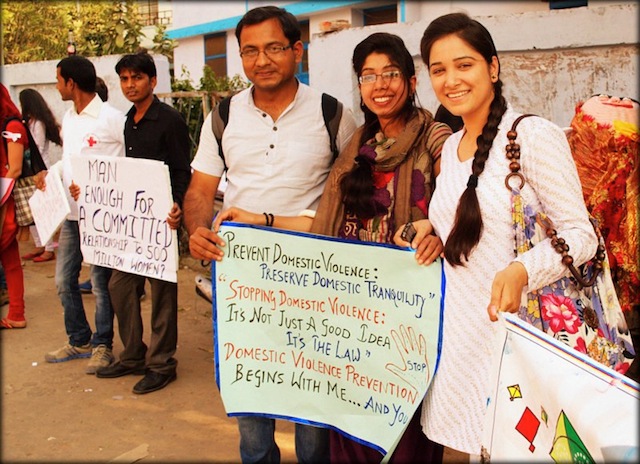 He is unable to focus on his game of carrom because of the loud noises of a couple quarreling in his building. The husband’s verbal and physical abuse against his wife is clearly audible. He walks over to that house and rings the bell and asks an inane question to the husband who opens the door, all the time staring in an intimidating fashion.

The bell was rung once more; an incident of domestic violence was prevented once more. This advertisement made by Breakthrough, an international human rights organization based in the USA, was inspired by the true story of a bus conductor in India who “rang the bell.”

The Bell Bajao (meaning “Ring The Bell”) campaign has been on in India since 2008, launched initially with the support of the Clinton Global Initiative. The primary aim was to get men – who are conspicuously absent in this discourse – to be active partners in the fight against domestic violence. This multimedia campaign has since reached more than 150 million people in India, through television advertisements, mobile video vans, social media campaigns and community mobilization programs. 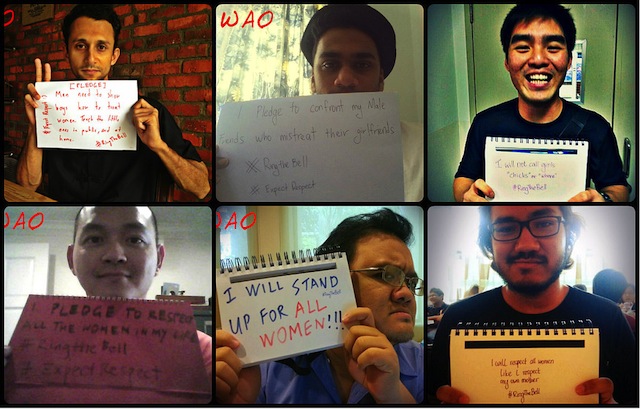 The campaign was soon adopted by Pakistan, China, Vietnam and Malaysia, and is spreading to more countries. UN Secretary General Ban Ki-Moon is now its “first global champion” and he has linked it to his UNiTE to End Violence Against Women campaign.

But how will ringing a bell help? According to Bell Bajao’s ambassador Ban Ki-Moon, “This is a simple step but a very effective one, it interrupts what’s happening. It shows that people are watching and listening. It may give the woman the chance to escape. It helps to stop the violence.”

Take a moment to look at these chilling statistics. According to a 2012 survey by the Thomson Reuter’s Foundation, India has been ranked as the worst country to be a woman, among twenty. Also, UNICEF’s “Global report card on adolescents 2012” shows that 57% of boys – and more disturbingly, 53% of girls — in the 15 – 19 age group in India — feel that wife beating is acceptable.

And the issue is by no means restricted to a developing country like India. According to a report from the Home Office, domestic violence accounts for almost a quarter of all recorded violent crime in the UK. And in any given year, there are 13 million incidents of physical violence or threats of violence against women from partners or former partners. As Ban Ki-Moon said in his speech about the movement, “Violence against women takes place in all countries and across all cultures.”

Domestic violence is a difficult issue to address everywhere since people hesitate to interfere, shrugging it off as a personal matter between the couple. The “˜Ring the Bell’ campaign seems to have made an impact in this respect. “Through base line and end line studies, we found that there was almost a ten percent increase in those who felt that the community should intervene and that women should take legal action when facing abuse.  Not only did people’s attitudes change, people actually did take action by reporting incidents to the police or finding other ways to interrupt the violence,” said Mallika Dutt, President & CEO of Breakthrough. 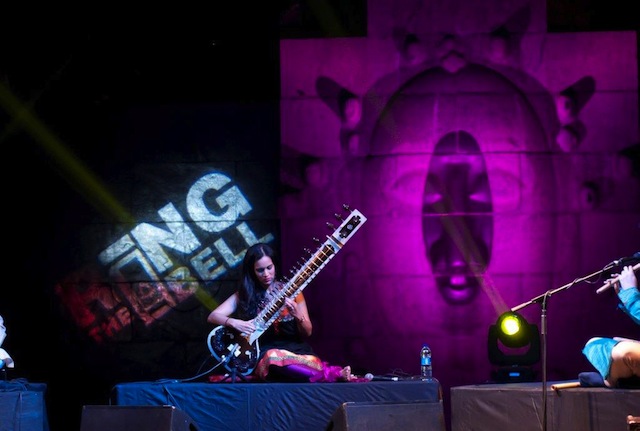 The campaign set in motion its next phase, the global launch of One Million Men on March 8th — International Women’s Day — during the UN Commission on the Status of Women, in New York. There were events — speeches, social media discussions, protest marches, film screenings, musical performances, candlelight vigils — that took place at various cities around the world including New York, New Delhi, Rio de Janeiro, Stockholm and Johannesburg. “This is a call to men to step up and make concrete and actionable pledges to help stop violence and discrimination against women. Promises could be submitted through video or text or pictures — the goal is to find ways in which men can share their promises and also report back on what steps they took to implement them, said Dutt.”

As part of the One Million Men launch in New York city, actor Sir Patrick Stewart spoke about his own experience of growing up in a violent household: “Rape and abuse aren’t lady problems that we need to fix with our lady solutions. Men and women need to work together on these issues, creating programs in schools, talking openly about solutions. The guy who’s going to go on to commit violence against women isn’t a nameless ogre. He’s somebody’s brother. Somebody’s son. He’s somebody you know, right now. So why wouldn’t you want to talk to him now, before it’s too late?”

Charukesi Ramadurai is a freelance writer from India with bylines in the New York Times, Time, Forbes, Conde Nast Traveller, South China Morning Post and National Geographic Traveller, among others. She writes on travel, local art and culture, food, and social and development issues. Read more about her on www.charukesi.com or follow her on twitter.com/charukesi